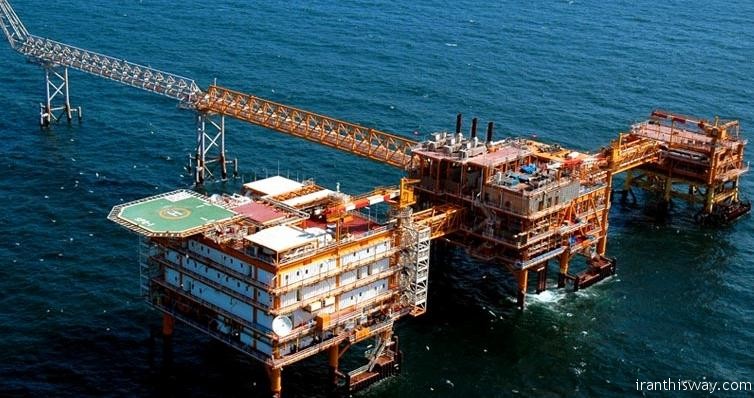 Gholam-Reza Manouchehri has experienced working both in offshore and onshore. He is well familiar with subsea pipelaying and refinery construction. He also knows sanctions and lack of finance.

Manouchehri has a brilliant background in companies like Petropars and Iranian Offshore Engineering and Construction Company (IOEC), both involved in the development of South Pars gas field. 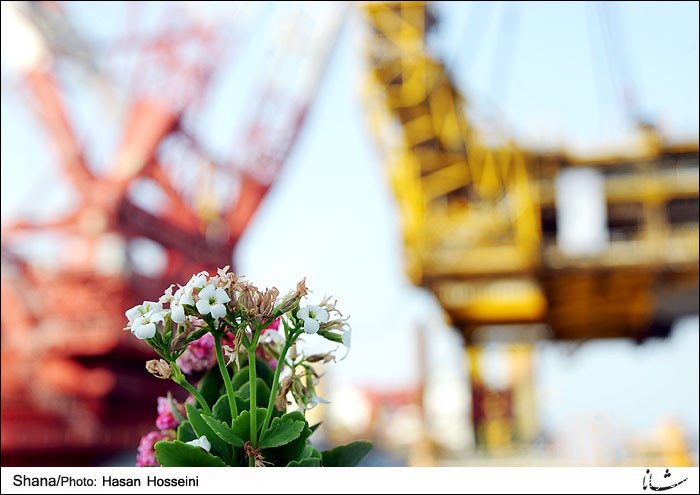 He is now serving as the deputy managing director of National Iranian Oil Company (NIOC) for development and engineering.
The exclusive interview he has granted to “Iran Petroleum” is as follows:

Q: How do you see the future of South Pars gas field?
A: Except for Phase 11, other phases of South Pars are forecast to have been completed within two years or at most 30 months. Phase 11 development is expected to be finished in four years. South Pars will definitely play a major role in the supply of gas and condensate in the country. After remaining phases are developed in South Pars, gas condensate production in this jointly owned field will reach 1 mb/d.
Q: Could you name the future challenges to the South Pars development?
A: The pressure fall-off in gas and gas condensate will be one of the main challenges in this field.

Q: What could be done to cope with this problem?
A: Using pressure booster compressors could be an effective measure. Furthermore, reservoir studies must be carried out more seriously and more comprehensively. Changes in the condition and behavior of reservoir and forecasting future conditions are also important. Other layers of South Pars should be also studied. Transferring gas from adjoining fields in a way to avoid a quick fall-off in the gas pressure and volume of gas condensate production is also another measure. Pressure fall-off is a natural phenomenon, but we have to try to lengthen the production plan.

Q: So South Pars will need more efforts and activities in the future.
A: That’s true. Drilling in this joint field will be based on studies in the future. The type of drilling may change. Moreover, there is much sensitivity with regard to the jointly owned parts of this field. Since the Qatari side is recovering gas along with us we will naturally see more problems.

Q: Do you think there is technology for preserving production in Iran?
A: This technology is accessible and naturally in the future we will be able to increase the share of Iranian companies in implementing such projects. The more we go ahead, the higher gas and gas condensation will cost, and we have to recognize that production costs in South Pars will go up.

Q: How much does production cost in South Pars now?
A: Implementation of each phase of South Pars under the current circumstances is estimated around $2.5 billion and our production costs stand at two or three percent of the value of investment. It is a low figure, but will increase in the future.

Q: How much do you think this increase will be?
A: It depends on the conditions of upcoming years and the amount of additional investment. But undoubtedly the costs of installations will increase. Therefore, we cannot announce any accurate figure. However, it will most probably be twice.

Q: Are you happy with the current management of South Pars output maintenance?
A: Regarding the maintenance of onshore facilities, NIOC is largely experienced and we have no serious problem in this regard. However, we need to improve standards of production, reduce flare gases and minimize environmental damage. For this purpose, we need investment. Moreover, in some refineries we need to implement a complementary procedure to eliminate flare gas.

Q: What about offshore maintenance?
A: In this sector we need to pay more attention and apply higher standards because in the offshore sector our operation models do not fully comply with international conditions. At the beginning, our platforms were designed to be unmanned, but they are manned now. Therefore, we have to take into account this fact that such facilities are exposed to more degradation and more difficult to accede. We have to run South Pars which has a 30-year to 50-year future.

Q: How do you assess South Pars’ role in empowering domestic contractors?
A: Iranian contractors became international thanks to South Pars. The fact is that South Pars has been instrumental in upgrading domestic industry and project management mechanism, development of contracting system and engineering services companies. In the past we often heard that Isfahan Steel Mill was a good model in terms of concrete pouring and molding. But South Pars has played a major role in developing EPC knowhow, petroleum engineering, refinery construction and equipment manufacturing. We cannot say that all this happened first in South Pars, but given the scale of work, many industrial plants, factories and contracting companies emerged and grew under the aegis of South Pars and then they spread across the country. I can say that South Pars improved technical standards and raised the expectations of managers with regard to the quality of work. Moreover, a valuable interaction was created between Iranian and international companies at different levels of activity.
In fact, after implementation of phases 1 to 8 of South Pars by Iranian and foreign companies, the top role in phases 12 to 16 was assigned to Iranian companies. Although we had problems with some of these projects due to high costs and delays, Iranian companies finally proved their capabilities in drilling, offshore and onshore operations and pipelaying.

Q: In case you are asked to name several Iranian companies that have been empowered through their activities in South Pars, which companies will you name?
A: Undoubtedly Petropars is at the top of them. This company managed to play the role of a developer. OIEC (Oil Industries Engineering and Construction Company) as an EPC company, IOEC in offshore EPC and some private companies are also among them. Sadra has also shown good growth although it delayed some of thes projects due to domestic problems and has so far failed to deliver platforms for phases 13, 14 and 22-24. Nevertheless, generally speaking, Iranian companies have fared well in the development of South Pars.

Q: Would you please cite some of the measures taken first in South Pars?
A: Drilling, deepwater drilling, subsea pipelaying, and project macro-management.

Q: Once South Pars phases have been completed, provided that unbridled consumption is contained, which role could Iran play in the gas market?
A: After completing South Pars phase development, we will have the chance to invest in LNG sector. Of course, it is already possible. [But] then we can enhance our gas exports to the region.

Q: What have been the challenges of South Pars in recent years?
A: Investment, project mismanagement, supply of equipment and commodities were among these challenges. But these problems have been resolved after the implementation of the JCPOA and the [ensuing] lifting of sanctions.

Q: How do you assess cooperation with foreign companies in the development of South Pars?
A: During years of sanctions, NIOC and its staff demonstrated their capabilities in developing oil and gas fields, particularly the jointly owned South Pars field. During this period, phases 12, 15, 16, 17, 18, 19, 20 and 21 were developed. Gas production capacity in South Pars currently stands at more than 480 mcm/d, which is expected to reach 580 mcm/d early next [calendar] year. As far as recovery from South Pars is concerned we have to continue producing gas and gas condensate more smartly. In order to have access to cutting edge technologies we need to cooperate with service companies and international oil companies (IOCs) so that they would bring capital, technology and management into the country.

Q: You were manager in both Petropars and IOEC and you have experience of offshore and onshore sectors. How do you assess your own performance at South Pars?
A: I thank God for my contribution to the development of these fields from the very beginning. I joined the project when Phase 1 was in its final day of development; I managed development of phases 6 to 8. I also managed development of Phase 12 half way, as I was CEO of Petropars and project manager. When I left this company all contracts had already been signed. The contract for Phase 19 of South Pars was signed when I was at Petropars. Furthermore, when I was IOEC manager, seven to eight platforms were finally completed and installed.

Q: Would you please name five influential people in the South Pars development?
A: Certainly Mr. Zangeneh (minister of petroleum) will occupy the ranks one to three. He is followed by Misters [Akbar] Torkan and [Mehdi] Mirmoezzi. But Mr. Zangeneh was the pioneer of South Pars and he was the one who brought about fundamental changes in the petroleum industry.

Report: Iran to turn into ME ethane giant