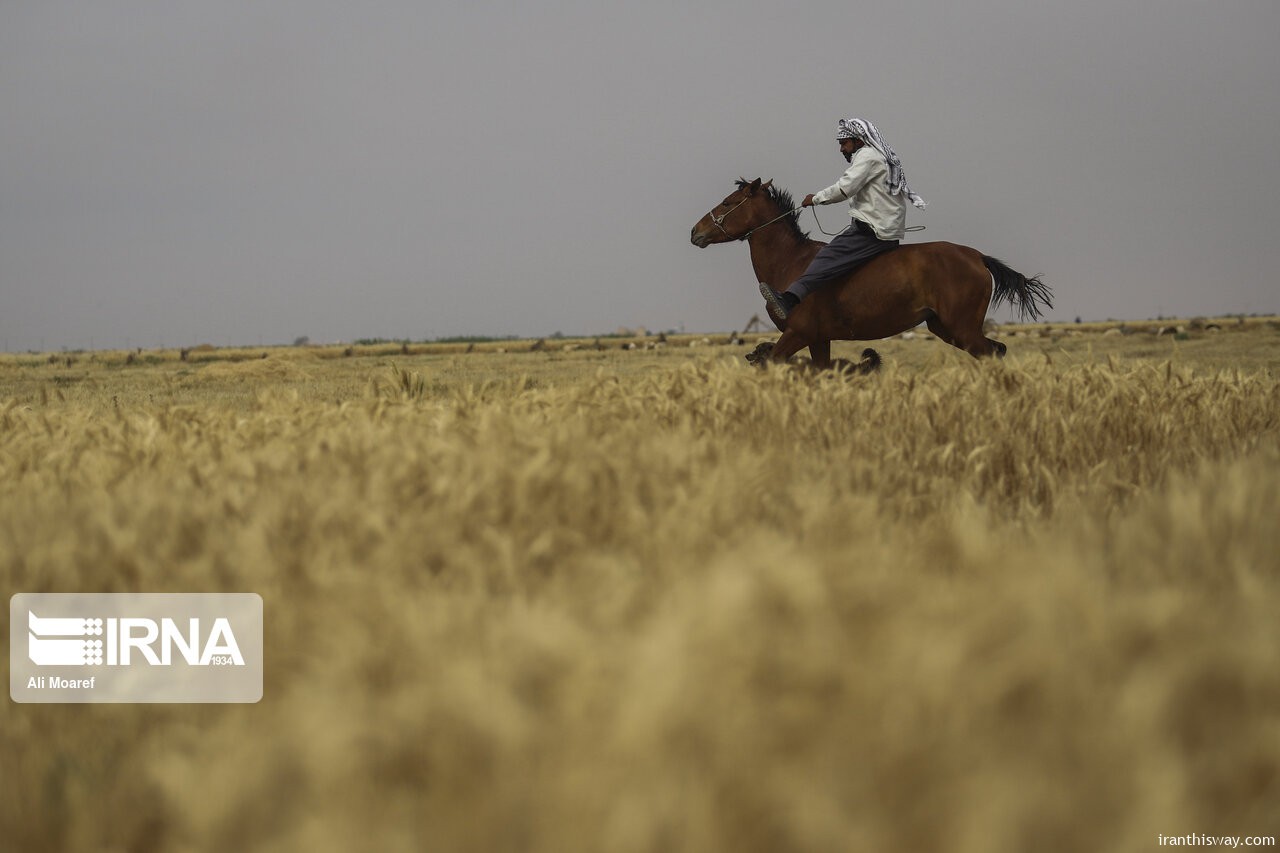 Wheat harvest in Khuzestan has started on April 10 from 550,000 hectares of land and continues. Wheat harvesting will continue until the end of June and it is expected that about 1.8 million tons of wheat will be harvested from Khuzestan farms.

The province of Khuzestan is 63,213 km2 (24,407 sq mi) in the south-west of Iran, bordering Iraq and the Persian Gulf. Ahvaz is the capital of this province and its cities are Abadan, Behbahan, Dezful, Khorramshahr, Bander Imam, Shoush (Susa), Masjed Soleiman, Andimeshk, Mah Shahr, Ramhormoz, Omidiyeh, Shushtar, Izeh, Hoveizeh, Aqa Djari, Shadegan and Soosangerd.

Basically, the province of Khuzestan can be divided into two regions, the plains and mountainous regions. The agricultural lands are fertile and mainly in the west of the province, which are irrigated by the Karun, Karkheh and Jarahi rivers. These three large and permanent rivers flow over the entire territory contributing to the fertility of the land. Karun, Iran’s largest river, 850 kilometers long, flows into the Persian Gulf through this province.

The name Khuzestan, which means “The Land of the Khuzi,” refers to the original inhabitants of this province, the Khuzi people. Khuzestan is situated on the southern part of the Zagros mountain ranges, which covers the north and east of the province. The climate of Khuzestan is generally hot and humid, particularly in the south, while winters are much more pleasant and dry.