By Andrew Lawler, Smithsonian Magazine:the courtyard is coated in a fine brown dust, the surrounding walls are crumbling and the flaking plaster is the same monotonous khaki color as the ground. This decrepit house in a decaying maze of narrow alleys in Isfahan, Iran, betrays little of the old capital’s glory days in the 17th century. Suddenly, a paint-splattered worker picking at a nearby wall shouts, waves his steel trowel and points. Underneath a coarse layer of straw and mud, a faded but distinct array of blue, green and yellow abstract patterns emerges—a hint of the dazzling shapes and colors that once made this courtyard dance in the shimmering sun. 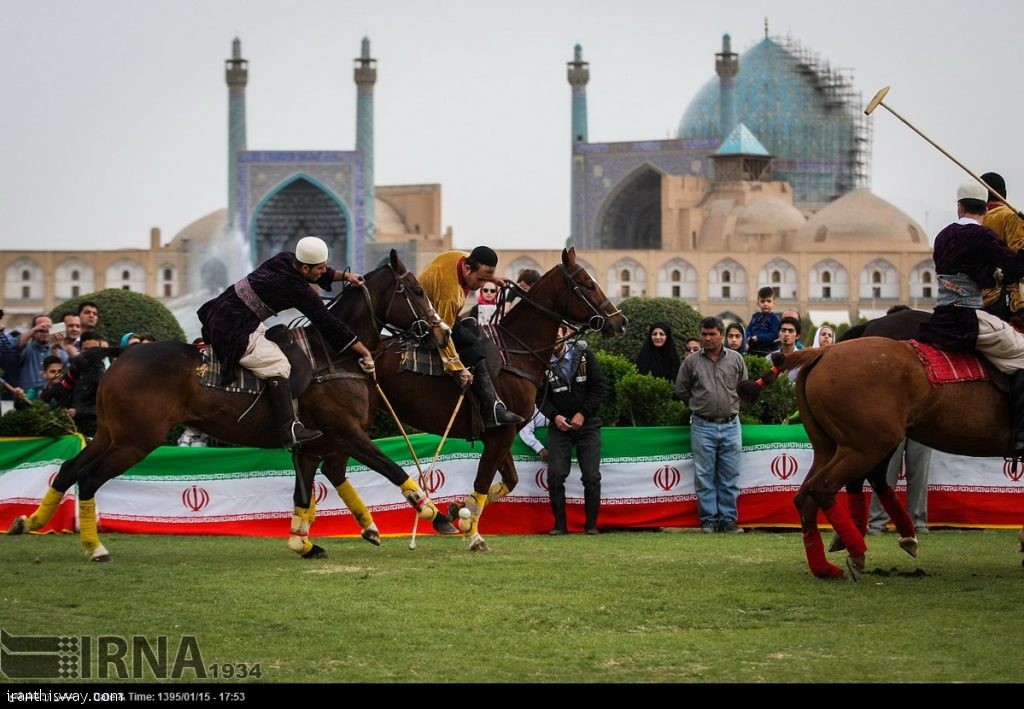 I crowd up to the wall with Hamid Mazaheri and Mehrdad Moslemzadeh, the two Iranian artist-entrepreneurs who are restoring this private residence to its former splendor. When these mosaics were still vibrant, Isfahan was larger than London, more cosmopolitan than Paris, and grander, by some accounts, than even storied Istanbul. Elegant bridges crossed its modest river, lavishly outfitted polo players dashed across the world’s largest square and hundreds of domes and minarets punctuated the skyline. Europeans, Turks, Indians and Chinese flocked to the glittering Persian court, the center of a vast empire stretching from the Euphrates River in what is today Iraq to the Oxus River in Afghanistan. In the 17th century, the city’s wealth and grandeur inspired the rhyming proverb, Isfahan nesf-e jahan, or “Isfahan is half the world.” 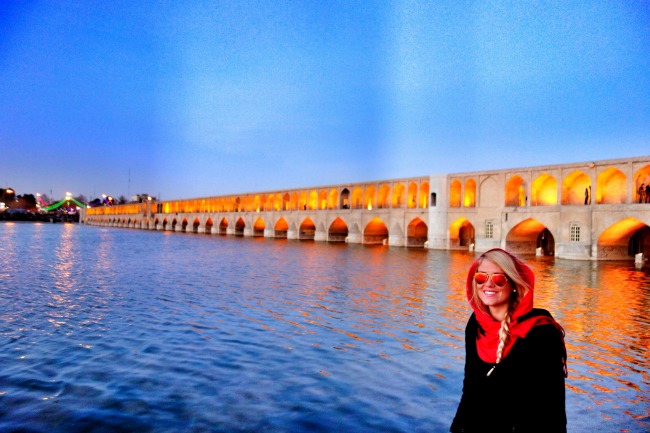 After a brutal siege shattered that golden age in the early 18th century, new rulers eventually moved the capital to Tehran, leaving Isfahan to languish as a provincial backwater, which not incidentally left many of the old city’s monuments intact. “One could explore for months without coming to an end of them,” marveled British traveler Robert Byron on his 1933-34 journey across Asia. That artistry, he wrote in The Road to Oxiana, “ranks Isfahan among those rarer places, like Athens or Rome, which are the common refreshment of humanity.”

Today, however, the city is mainly known abroad as the site of Iran’s premier nuclear research facility. What once was a sleepy town has emerged as the country’s third largest metropolis, surrounded by expanding suburbs, belching factories and the choking traffic of more than three million people. Nothing symbolizes Iran’s disconcerting modernity more than its launch, in February, of a satellite named Omid (Hope). In Isfahan, however, hope is a commodity in sharp decline. The elegant urban landscape that survived invasions by Afghan tribesmen and Mongol raiders is now threatened by negligence and reckless urban development. 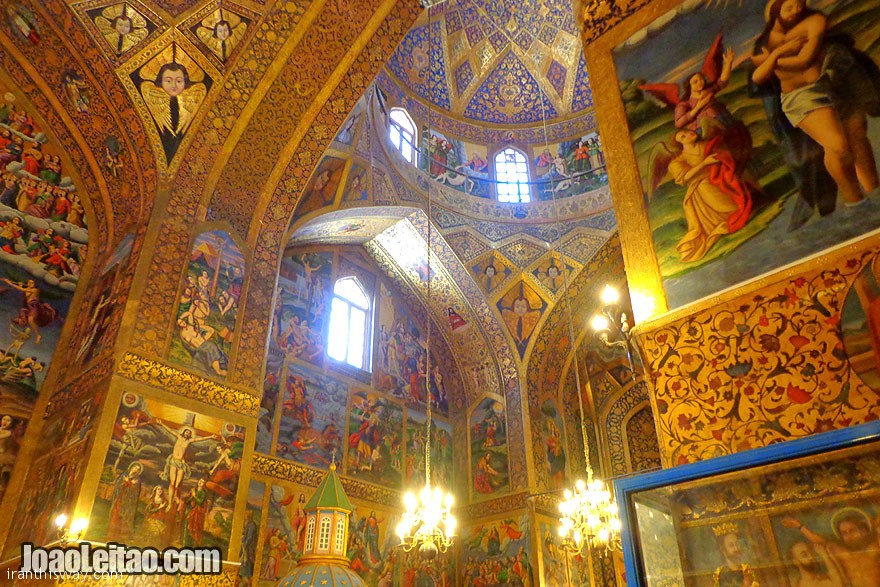 Mazaheri and Moslemzadeh are members of a new generation of Isfahanis who want to restore not just buildings but their city’s reputation as a Persian Florence, one they hope will one day enthrall Westerners with its wonders once again. Inside the cool and dark interior of the house that is their current focus, the freshly painted white stucco ceiling bristles with scalloped stalactites. Delicate gilded roses frame wall paintings of idyllic gardens. (Paradise is a Persian word meaning “walled garden.”) Above a central fireplace, hundreds of inset mirrors reflect light from the courtyard. “I love this profession,” says Safouva Saljoughi, a young, chador-clad art student who is dabbing at a faded painting of flowers in one corner of the room. “I have a special relationship with these places.” 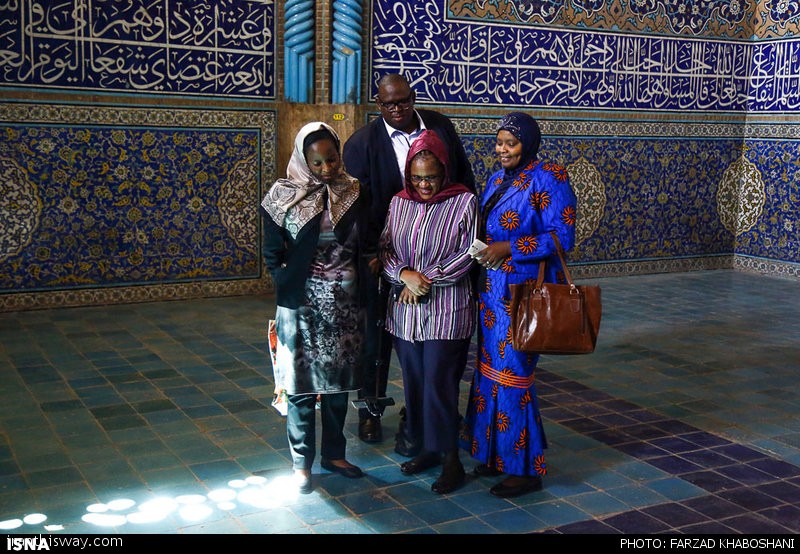 The house may have been built in the 17th century by a wealthy merchant or prosperous government official, then remodeled to suit changing tastes over the next two centuries. Even the fireplace damper is shaped in the delicate figure of a peacock. “Ornament and function together,” says Mazaheri in halting English. Located just a short walk from the medieval Friday Mosque, the house is of classic Iranian design—a central courtyard surrounded by rooms on two sides, a single entrance on the third and a grand two-story reception room with large windows on the fourth.

Rocket attacks during the war with Saddam Hussein’s Iraq in the early 1980s emptied this old neighborhood, and the house was badly vandalized. As Moslemzadeh guides Saljoughi’s careful restoration effort, Mazaheri nods toward gaping holes in the reception room, which once held oak-framed stained glass that bathed the interior in a rainbow of vivid colors. “There are still a few masters left in Isfahan who can rebuild such windows,” he says. Just repairing the elaborate stucco ceiling took five professionals on scaffolding more than a year.

Trained as a specialist in conservation techniques, the lean and energetic Mazaheri, 38, says he has built a restoration business that tackles anything from old ruins to 17th-century wall paintings. Together with his colleague Moslemzadeh, who is 43 and studied art conservation in St. Petersburg, Russia, they are investing their time and profits to convert this wreck of a home into a teahouse where visitors can appreciate traditional Isfahani crafts, music and art. Like many Isfahanis I meet, they are welcoming to foreigners, refreshingly open and immensely proud of their heritage. Without a trace of irony or discouragement, Mazaheri looks around the half-finished reception room and says, “It may take five more years to finish fixing this place up.”


Isfahan’s history is an epic cycle of fabulous boom and calamitous bust. Here a road traveling across the Iranian plateau east to the Mesopotamian plain meets a path connecting the Caspian Sea to the north with the Persian Gulf to the south. That geography linked the city’s fate to the merchants, pilgrims and armies who passed through. Blessed with a pleasant climate—the city lies at nearly the same altitude as Denver and has relatively mild summers—Isfahan evolved into a bustling township at ancient Persia’s crossroads. 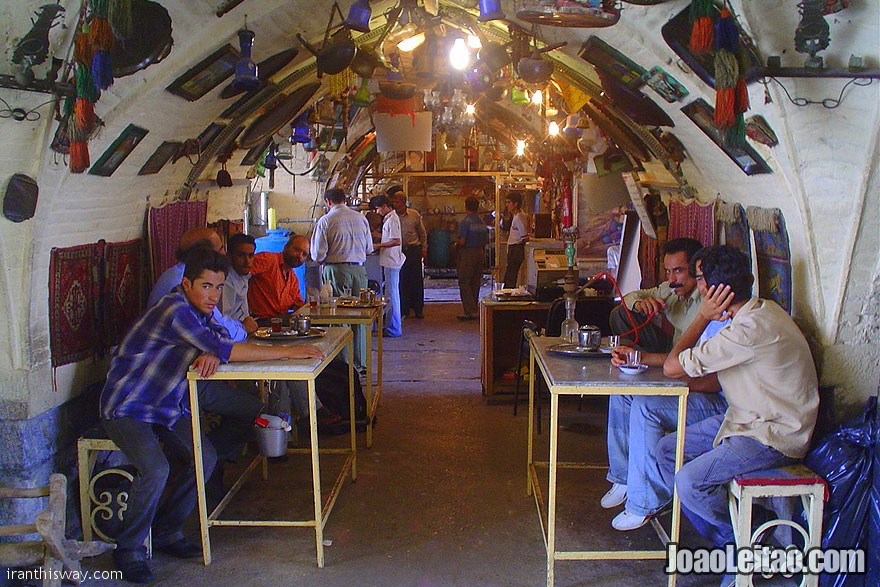 A taxi driver, thumbing intently through his Persian-English dictionary as he swerves through dense traffic, offers to sell me a gold statue he claims is 5,000 years old. I would be surprised if it were authentic—not least because such ancient artifacts remain elusive, making it difficult to pinpoint the precise era when Isfahan emerged as an urban center. What little has been found of the city’s distant past I see in the basement of the cultural heritage office, an immaculately restored 19th-century villa just down the street from Mazaheri and Moslemzadeh’s project. A few boxes of stone tools sit on a tile floor, and a couple of dozen pieces of pottery—one incised with a writhing snake—lie on a plastic table. A few miles outside town, on top of an imposing hill, sit the unexcavated ruins of a temple, which may have been built during the Sassanian Empire that dominated the region until the Arab conquest in the 7th century A.D. Within the city itself, Italian archaeologists digging below the Friday Mosque just before the 1979 Islamic Revolution found Sassanian-style columns, hinting that the site originally might have been a Zoroastrian fire temple.
Share your view!