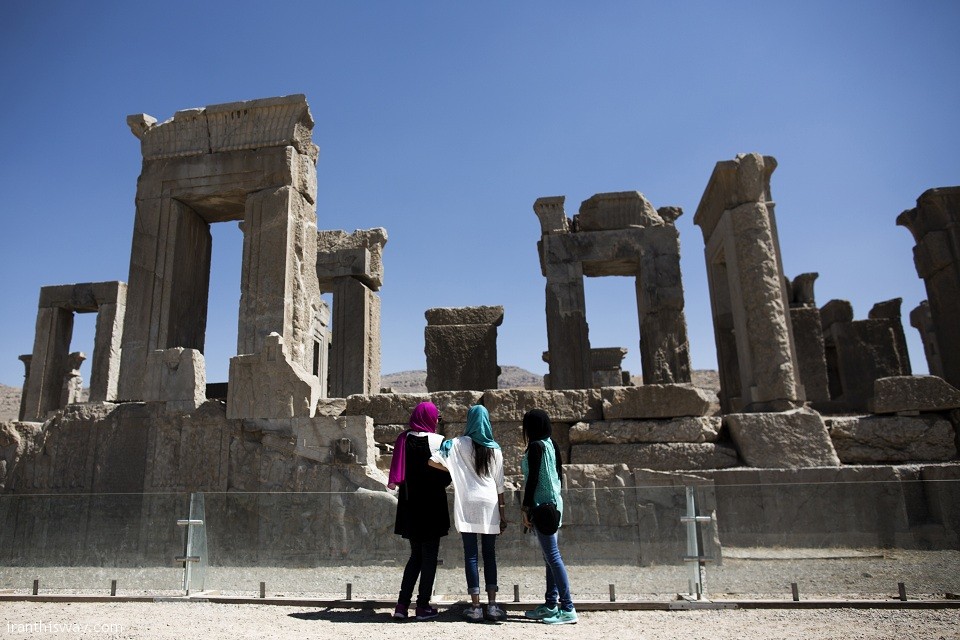 Persepolis is the name of the ancient cities of Iran that for years ceremonial capital of the Empire was the Achaemenid Empire of Iran at the time. The location of the works since 1979 registered in UNESCO World Heritage.

Persepolis ( Old Persian Parsa , Takht-e Jamshid or Chehel Minar) was the ceremonial capital of the Achaemenid Empire (ca. 550-330 BCE). Persepolis is situated 70 km northeast of the modern city of Shiraz in the Fars Province of modern Iran. In contemporary Persian, the site is known as Takht-e Jamshid (Throne of Jamshid) and Parseh . The earliest remains of Persepolis date from around 515 BCE. To the ancient Persians, the city was known as Parsa, which means “The City of Persians”. Persepolis is the Greek interpretation of the name ( Perses polis : “Persian city”).

UNESCO declared the citadel of Persepolis a World Heritage Site in 1979.

The uneven plan of the foundation of the terrace acted like a castle whose angled walls enabled its defenders to target any section of the external front. See also: Apadana Palace, Ancient texts, Museums