Following the fencing event of the 2016 Rio Summer Olympic Games, the latest ranking was released by the Fédération Internationale d’Escrime (FIE).

Abedini offered great sportive skills in Rio Olympics when he defeated his French, German, and South Korean rivals in the preliminaries though he lost to his US rival Daryl Homer in the semifinals before a second defeat by South Korean Kim Young-Hwan 15-8.

The Iranian fencer was very close to final of the Rio competitions, but a mistake by the referee put him in the fourth place.

Currently, Junghwan Kim of South Korea stands atop FIE world rankings followed by Hungary’s Arson Szilagyi and France’s Vincent Anstett who are placed in the second and third positions, respectively.

The sabre is one of the three weapons of modern fencing and it differs from the other modern fencing weapons, the épée and foil, in that it is possible to score with the edge of the blade; for this reason, sabreur movements and attacks are very fast. 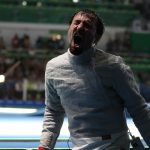 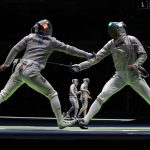 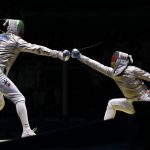 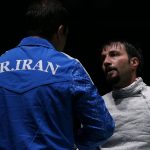 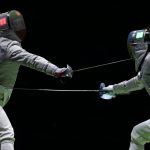 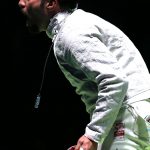