Abdevali overcame Péter Bácsi of Hungary 3-1 in the semifinals of Men’s Greco-Roman 75 kg and added a bronze to the tally of Iran’s medals.

The Iranian wrestler, who had struck on off draw in the first round, conceded a defeat against Mark Overgaard Madsen of Denmark 1-3 in the first round. However, given that his Danish rival became a finalist, Abdevali found his way to the Repêchage round 2 where he quelled Serbia’s Viktor Nemeš 3-1.

Meanwhile in 59kg category, Iran’s Hamid Sourian conceded two bitter defeats to get eliminated from Rio Olympic Games. He was overcome by Shinobu Ota of Japan in the qualifications round and also failed to take advantage of his chance in the Repêchage round 1 by losing to his Kazakh rival Almat Kebispayev 0-5.

Hamid Sourian marks the most successful Iranian wrestler who owns six world gold medals and a title in the Olympics. / MNA 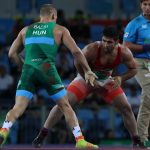 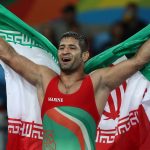 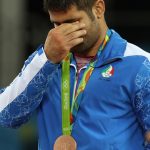 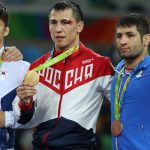 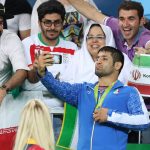