The final contest of 125kg weight division in Men’s freestyle wrestling was held in opening hours of Sunday Tehran local time in Rioo’s Carioca Arena 2 where Iran’s Ghasemi failed to overcome Taha Akgül of Turkey and finished in the second place of the heavyweight category. 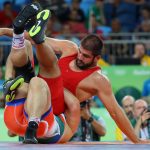 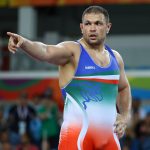 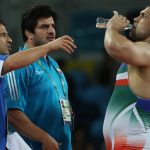 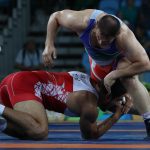 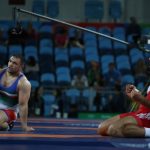 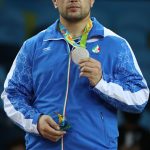 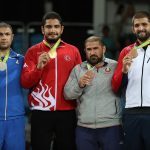 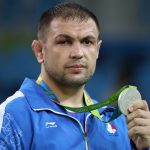 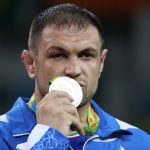 On road to the finals, Ghasemi had offered spellbinding performances by quelling Korey Jarvis of Canada 5-2 before subduing Diaaeldin Kamal Gouda Abdelmottaleb of Egypt 7-0. Later in his third encounter, the Iranian freestyler breezed past Georgia’s Geno Petriashvili 4-4 in order to reach semifinals where he thrashed Tervel Dlagnev of the United States by fall in less than one minute into the game.

The Turkish wrestler Akgül won the title while Ibragim Saidov of Belarus and Georgia’s Geno Petriashvili jointly stood on the third podium.

Komeil Ghasemi’s silver medal marked the eighth trophy won so far by the Iranian athletes present in the 2016 Olympic extravaganza./MNA