Iranian Minister of Foreign Affairs Mohammad Javad Zarif and US Secretary of State John Kerry have been voted as the winners of this year’s Chatham House Prize.

The Chatham House Prize is presented annually to the person, persons or organization deemed by members of the Royal Institute of International Affairs to have made the most significant contribution to the improvement of international relations in the previous year. 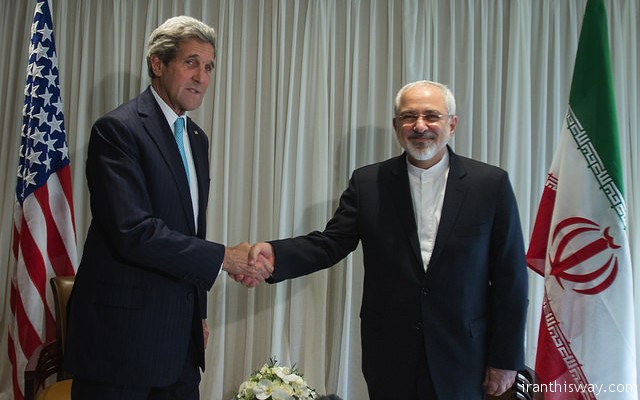 This year, members voted for John Kerry and Mohammad Javad Zarif in recognition of their crucial roles, throughout 2015, in successfully negotiating the historic nuclear deal between Iran and the P5+1 – considered to be one of the most intractable diplomatic stand-offs in international affairs in the 21st century.

The deal was one that many thought impossible. Overcoming enormous technical complexity, entrenched domestic opposition in the United States and Iran and three decades of intense hostility between their two countries, Kerry and Zarif’s leadership and commitment, in particular, were imperative to sustaining and driving the negotiations to their successful conclusion. With the vital participation of officials from other permanent members of the UN Security Council, Germany and the EU, they secured a deal, endorsed by the UN Security Council and more than 90 countries, which was a victory for diplomacy as well as against nuclear proliferation.

About the Chatham House Prize

The Chatham House Prize is presented to the person, persons or organization deemed by members of Chatham House to have made the most significant contribution to the improvement of international relations in the previous year.

The selection process is independent, democratic and draws on the deep knowledge of Chatham House’s research teams, making the Prize a distinctive and unique award in the field of international affairs.

A short-list of nominees is selected by the institute’s three presidents from a longer list submitted by the research programmes and departments in their areas of expertise. The recipient is then determined by Chatham House’s broad membership base on a one-member, one-vote basis. The award is presented on behalf of the institute’s patron, Her Majesty the Queen, representing the non-partisan and authoritative character of the Prize.