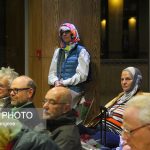 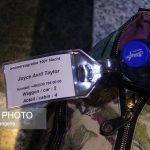 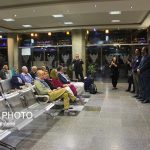 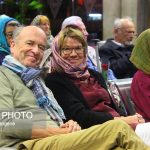 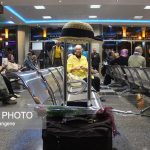 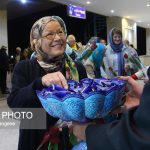 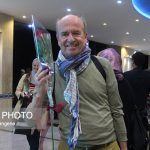 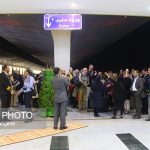 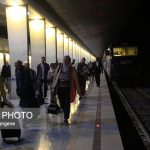 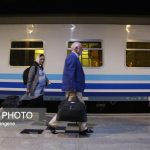 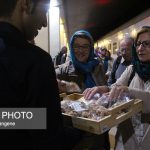 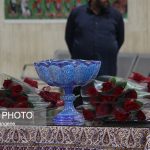 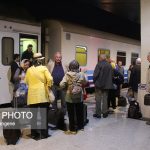 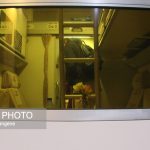 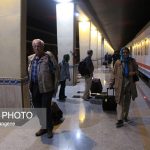 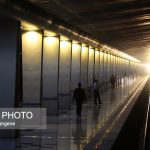 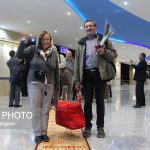 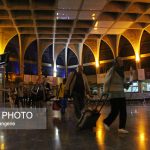 European and American tourists, who are on sightseeing trip to some Iranian cities on luxury train named ‘Hezar-o Yek Shab’ (Thousand and One Nights), visited the central provinces of Isfahan (on Oct. 26) and Yazd (on Oct. 25).

They are due to go on to Shiraz in Fars Province.

Speaking on the sojourn, caretaker of Yazd Cultural Heritage Department, said 48 tourists who embarked on the trip from Budapest, Hungary, arrived in Iran on Oct. 21 after traversing Bulgaria and Turkey.

Mostafa Fatemi added that they visited the southern province of Kerman for two days before arriving in Yazd.

In Yazd, they went to the Yazd Jame’ Mosque, Zoroastrian fire temple, Dowlatabad Garden and strolled through the city’s historical textures, he said.

He continued that provinces of Isfahan, Fars and Yazd are considered golden triangle of Iranian tourism. “A majority of foreign tourists choose these provinces as a tourism destination during their trip to Iran.”

Yazd is one of the most well-known desert cities of Iran.

Many Iranians and foreign tourists like to visit Yazd to view the architecture typically found in desert regions.

The city is famous for its wind towers, termeh (traditional broçade), silk weaving and sweets (such as ‘baqlava’ and ‘qotab’).

A trip to Yazd will make you familiar with life in desert towns and how people have adapted to it. You learn about ‘qanat’ (underground water supply system) for which Iranians are well-known.

The water reservoirs, icehouses, wind-towers and pigeon towers make the visit to Yazd worthwhile, as tourists explore the uniqueness of this ancient city.

Yazd, located 270km southeast of Isfahan, has a population of approximately 560,000. It attracts a growing number of tourists.

The city is hot and dry in summer due to its location, which is between the two main deserts of Dasht-e Kavir and the Kavir-e Lut.

Traditionally, Yazd is famous for termeh, the brocades made with Iranian patterns and used in dresses, bags, footwear and interior decoration.