Britain says it is witnessing signs of growing trade with Iran

Britain says it is witnessing signs of growing trade with Iran, emphasizing that it has serious plans to boost economic relations with the Islamic Republic to a new level.

International Trade Secretary Liam Fox was quoted by the media as telling an Iran-UK trade forum in London that relations between the two countries had specifically started to improve after London reopened its embassy in Tehran.

Fox also added that Britain would work to expand bilateral trade following the vote to leave the European Union. 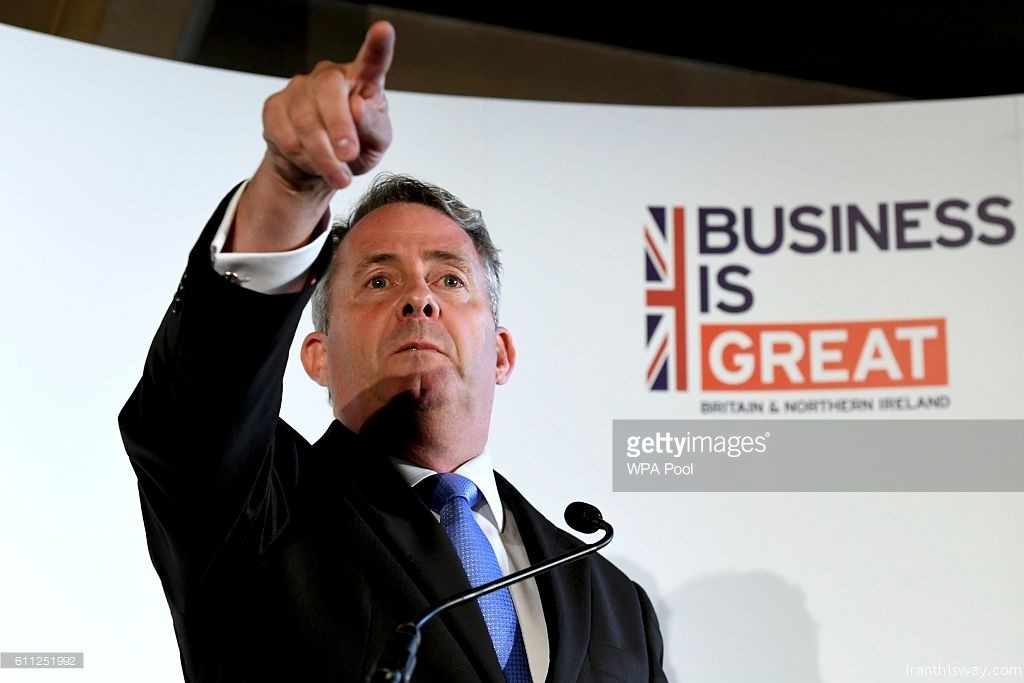 “Slowly but with increasing enthusiasm, British companies are starting to do business with Iran again … We are seeing the first signs of growing trade between the UK and Iran,” he told The Second Iranian Trade Conference – New Prospects for British-Iranian Trade and Investment.

Fox further acknowledged that banking problems which still remain as a result of primary US sanctions against Iran are still preventing the full expansion of trade ties with the Islamic Republic.

He emphasized that the British government has already put the resolving of those problems at the top of its priorities.

“The banking sector’s ongoing concerns about facilitating payments or providing financial services means that the benefits of sanctions relief are not yet being fully realized. Resolving these problems remains a priority for this government,” Reuters quoted him as saying.

Fox said the government was working with the banking sector to find a solution for Iranian payments, and that Britain was well-placed to help private Iranian banks modernize.

On the same front, Justine Walker, director of financial crime with the British Bankers’ Association (BBA), which represents the industry, said London expects to see gradual movements by banks into Iran over the next few months.

Walker emphasized that a majority of British banks are eager to expand their relations with the Iranian banking sector.

She also added that the BBA will support the banks that are interested in the expansion of relations with the Islamic Republic, IRNA reported.