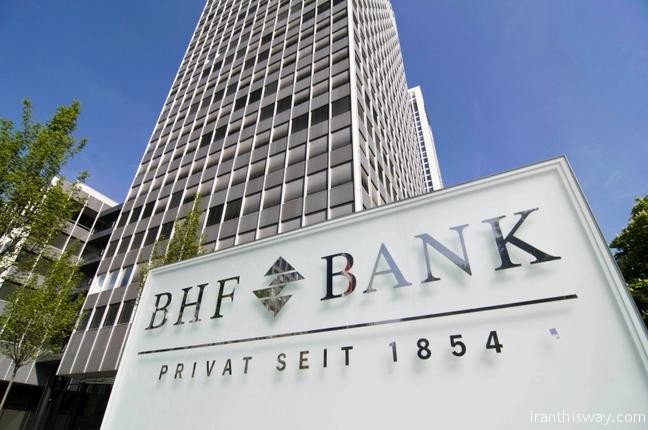 He recalled barriers to deepening relations with Iran during sanction years adding “tough days are over and constructive cooperation has become an attainable goal.”

“So far, several sessions have been held between BHF-Bank and Central Bank of Iran (CBI),” underlined Wiesenack suggesting 30 to 40 years of cooperation with the Iranian IMIDRO.

The official stressed that formation of a metal department in the private banking company has elevated level of international relations.

Head of Iranian Mines and Mining Industries Development and Renovation Organization (IMIDRO) Mehdi Karbasian, for his part, referred to inking of documents for cooperation between Iran and a number of European companies during President Rouhani’s earlier visit to Europe and removal of problems with French Kofas and German Hermes companies saying “many earlier financial challenges are now resolved.”

He went on to note that mining and mineral sectors of Iran have numerous plans on the agenda of the coming five years which highlight the importance of banking sector as well as financial and insurance sectors.

“A total of 30 billion dollars of projects have been defined for the mine and mining industries,” underscored Karbasian voicing the country’s readiness to absorb the capital in order to finance the projects.

He pointed to the positive background of the German bank will make a more serious presence in Iranian projects in order to prevent delays.