Usually in late December snowfall begin in Tehran. This wave of snow and rain come from the West of Iran.Now Tehran’s temperature is taken to -7C degrees below zero. 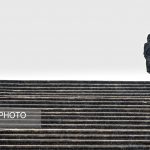 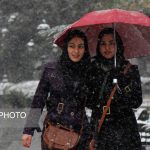 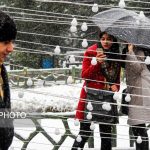 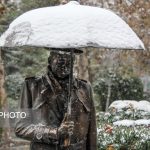 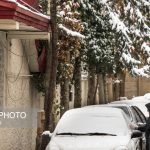 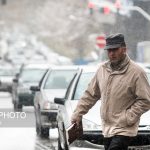 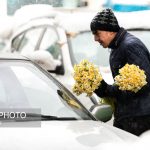 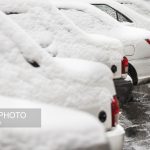 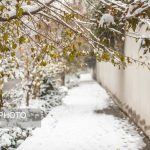 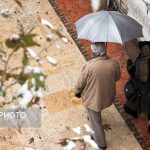 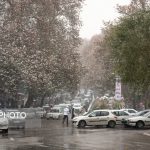 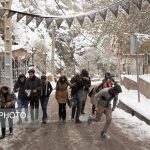 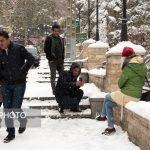 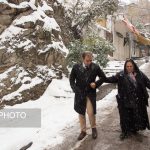 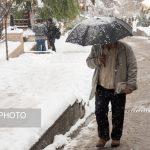 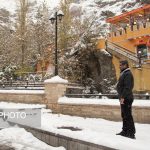 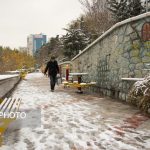 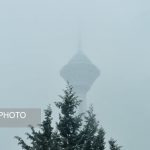 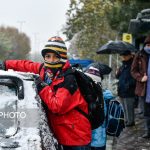 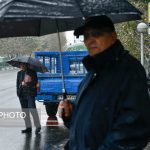 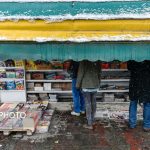 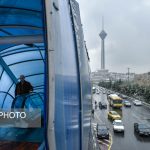 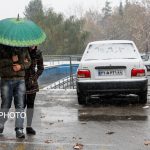 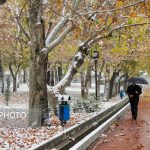 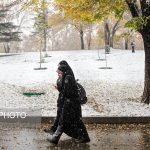 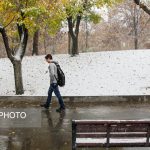 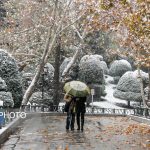 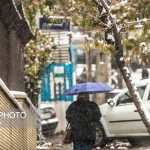 Tehran Climate
Tehran features a semi-arid climate (Köppen climate classification: BSk) with continental climate characteristics and a Mediterranean climate precipitation pattern. Tehran’s climate is largely defined by its geographic location, with the towering Alborz Mountains to its north and the central desert to the south. It can be generally described as mild in the spring and autumn, hot and dry in the summer, and cold and wet in the winter.
Because the city is large with significant differences in elevation among various districts, the weather is often cooler in the hilly north than in the flat southern part of Tehran. For instance, the 17.3 km (10.7 mi) Valiasr Street runs from Tehran’s railway station at 1,117 m (3,665 ft) elevation above sea level in the south of the city to the Tajrish Square, and at 1,612 m (5,289 ft) elevation above sea level in the north.[citation needed] However, the elevation can even rise up to 1,900 m (6,200 ft) at the end of the Velenjak Street in the north of Tehran.

The weather of Tehran can sometimes be unpredictably harsh. The record high temperature is 43 °C (109 °F) and the record low is −17 °C (1 °F). On January 5 and 6, 2008, after years of relatively little snow, a wave of heavy snow and low temperatures covered the city in a thick layer of snow and ice, forcing the Council of Ministers to officially declare a state of emergency and close down the capital on January 6 and 7.

Tehran has seen an increase in relative humidity and annual precipitation since the beginning of the 21st century. This is most likely because of the afforestation projects, which also include expanding parks and lakes. The northern parts of Tehran are still more lush than the southern parts.

On February 3, 2014, Tehran reached a heavy snowfall, specifically in the northern parts of the city, with a height of 2 meters. Within the one week successive snowfall roads were made impassable in some areas in north of Tehran along with a temperature variety of -8 °C to -16 °C.

On June 3, 2014, a severe thunderstorm with powerful microbursts created a haboob that engulfed the city in sand and dust. Five people were killed and more than 57 injured. This disaster also knocked numerous trees and power lines down. It struck between 5 and 6 PM, plummteing temperatures from 33 °C to 19 °C in just an hour. The dramatic temperature drop was accompanied by wind gusts reaching nearly 118 km/h.