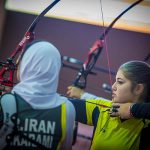 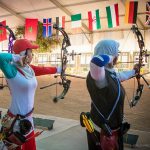 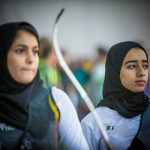 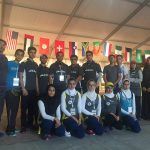 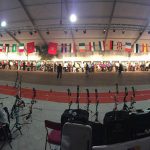 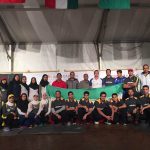 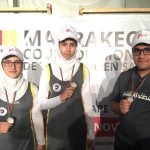 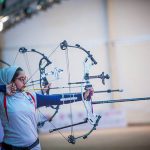 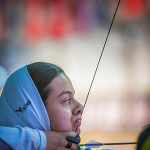 On Sunday, Iran’s Parisa Rouhanian competed in the final match of the girl’s junior recurve section in the city of Marrakesh, and tallied most of the points to stand on the top of the podium and strike the valuable gold medal, Press TV reported.

Her compatriot, Sogand Rahmani, finished as the runner-up and snatched the silver.

Iranian Minister of Sports and Youth Affairs, Masoud Soltanifar, later extended his felicitations to the Iranian female archers over their commendable achievements.

“The spectacular success of the female junior archers in the all-Iranian final of the Indoor Archery World Cup in Morocco is a source of pride for the [Iranian] sports society,” Soltanifar wrote in his congratulatory message.

“I am pleased that the veiled and honorable sports girls held onto their cultural and religious values in the international tournament, and flaunted the dear name of Iran and hoisted the country’s sacred flag vigorously and well deservedly,” he added.

He also hoped that Iranian archers could notch up success in more prestigious sporting events, especially the Tokyo 2020 Summer Olympics.

The Indoor Archery World Cup — Stage 1 opened in Marrakesh, Morocco, on November 26, 2016, and finished the next day.