Wedding ceremony among Turkmen natives of Raz and Jergalan, North Khorasan province, has remained virtually the same as that in distant past; like their variegated attire, the ceremony itself is a sort of enigma; wedding is important in terms of bringing tribal glory and economic improvement. Turkmens cherish larger families, since they believe larger number of children would strengthen the tribe by providing for the labor force. 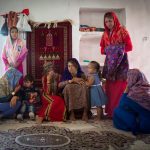 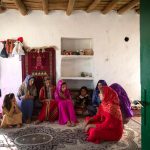 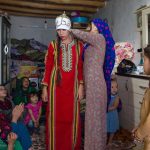 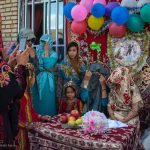 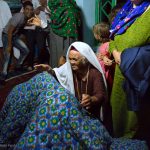 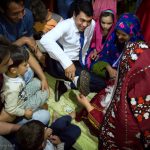 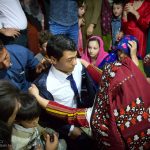 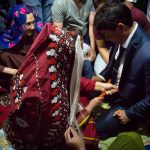 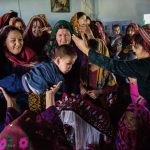 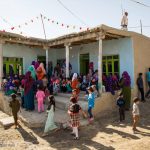 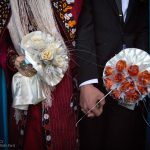 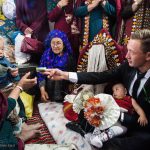 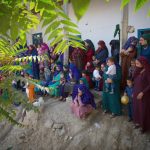 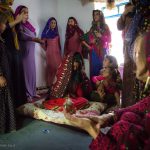 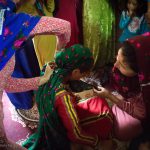 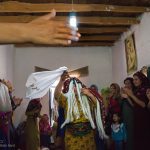 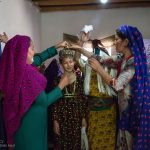 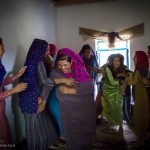 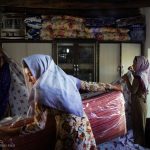 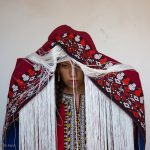 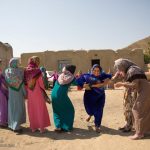 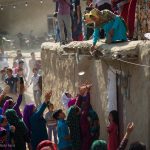 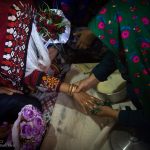 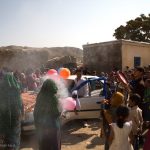 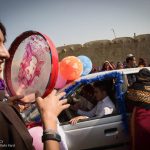 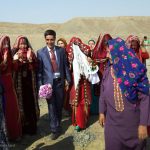 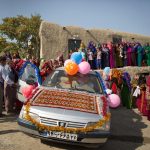 Turkmen wedding
Nearly two million Turkmen can be found living along the northern edges of Iran, just south of the Turkmenistan border. For centuries the Turkmen lived as nomadic herdsmen. In more recent years, however, many have changed to a “semi-nomadic lifestyle,” living in permanent homes as well as in tents. Today most of them are farmers and cattle breeders.

In Turkmen culture, wedding is not possible without national traditions and ceremonies. Religious beliefs and ancient people’s traditions became intertwined in wedding ceremonies.

Turkmen still live in extended families where various generations can be found under the same roof, especially in rural areas. Many tribal customs still survive among modern Turkmen. Unique to Turkmen culture is kalim, which is a groom’s “dowry” that can be quite expensive and often results in the widely practiced tradition of bridal kidnapping.

In Turkmen culture, wedding is not possible without national traditions and ceremonies. Religious beliefs and ancient people’s traditions became intertwined in wedding ceremonies. Today the traditions lost their original meaning, got the symbolical one, and some traditions transformed into the relative ones. But, on the whole, wedding continue to save the traditional characteristics.
As so often happens in the East, all costs directly related to marriage rest upon the groom’s family shoulders. Therefore, all relatives of the groom’s family help in preparation of the wedding.
The tradition of the obligatory ransom for the bride did not lose its actuality. In addition, the groom’s part bears the expenses of the wedding. That is why, if there is a son in the family, the parents begin to lay up money while he is still a minor. 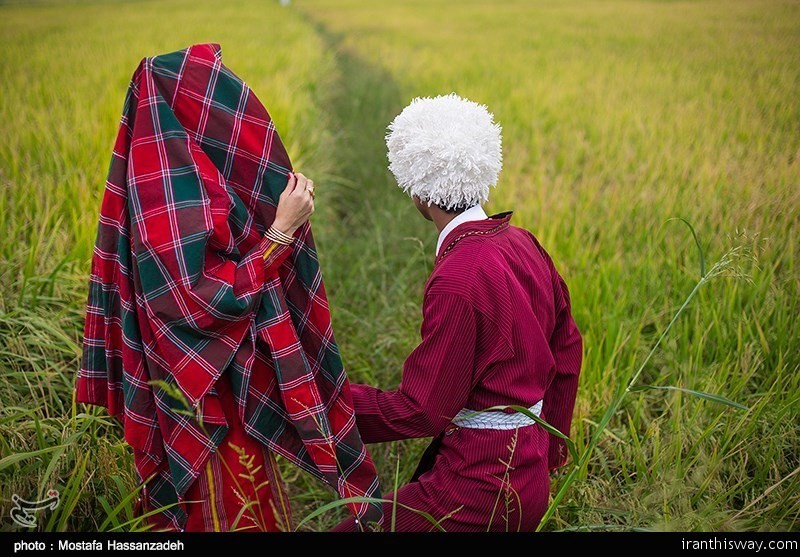 A few words should be said concerning the ransom, it is a very good opportunity for girl’s parents to improve their financial position. But still a newborn boy is welcomed more than a girl, as the son stays with his parents after the age and marriage.
In Turkmenistan exactly in nine days before the wedding, the dowry is sent to the groom’s house. The utensils, clothes and carpets are included in the dowry. The dowry was prepared long before, many years beforehand, and it was made by the bride herself. Sometimes she had no time and her close relatives and friends helped her. They might weave and embroider all the necessary for the yurt, as well as the whole complete set of clothes.
Once the wedding procession was one of the brightest moment during the ceremony. The solemn ceremony was gaily decorated. The jingling bells and shawls were hung on the horse harness. Girls and women in holiday costumes sat on the camels, adorned with magnificent carpets. If in the past camels were as the wedding convoy, but now cars compose the wedding motorcade. In Turkmenistan, instead of traditional balloons and ribbons it is to decorate cars with special scarves.
The traditions of woman wedding costume are rich and diverse. 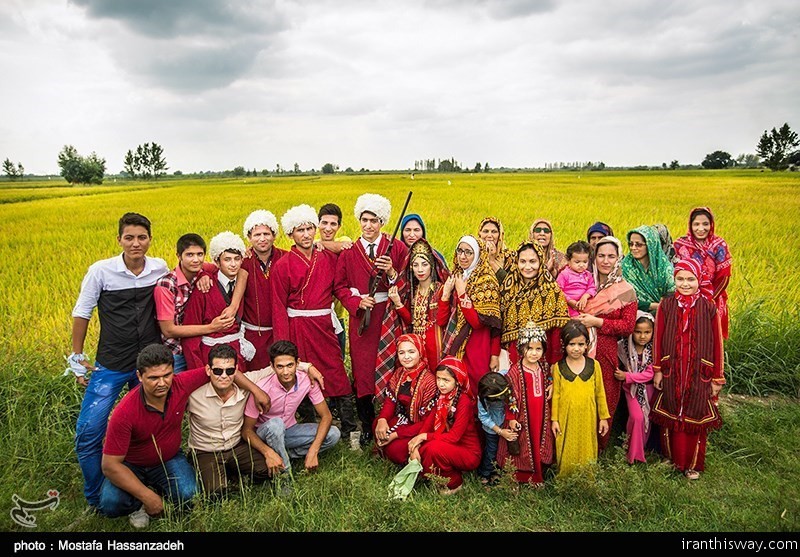 For example, red dress is one of the most widespread variants. The dress from silk homespun fabric – ketene, studded with silver or gilded pendants from the embroidered collar till the hem, it is supplemented with the stylish thrown robe, the coat-breasts of which are covered with the elegant armour and silver ornaments. The bride’s head and hair are decorated with silk embroidered tyubeteika and adornments for plaits: silver chains, bells and pendants. As before, ancient Turkmen jewelry is of special preference in bride’s costume. Extremely thin on the manufacturing technique and strict in their elegant style, they surround the bride with the aura of mystery. Just as in the past, the robe-cape covers the bride’s head dress, it is almost embroidered with colorful ornaments. 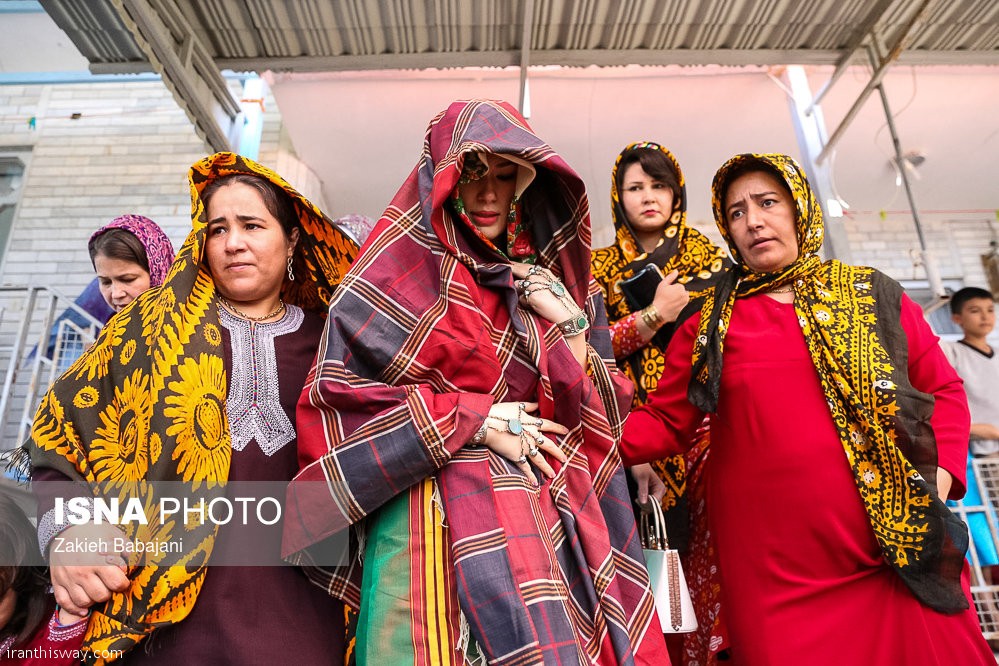 After the end of the wedding, a little more than a month, already married daughter can go to her parents’ house to visit them. In the house of her parents the separate festival is organized. During the festival there is one more ritual. The young bride is dressed in a special attire – red gown in a narrow strip along the vertical. The young woman wears the olive shawl, and she goes back home in this dress.
To this day, the Turkmen wedding has kept the unique atmosphere of ancient traditions, which makes it a wonderful, bright and unusual event.