Malaysia will pursue free trade agreement (FTA) talks with Iran as part of efforts to expand trade ties between Tehran and Kuala Lumpur.

“We will visit Iran towards the end of January and will try to negotiate for more Malaysian products to be brought into the country,” Malaysia’s Plantation Industries and Commodities Minister Datuk Seri Mah Siew Keong was quoted by Star Online as saying.

The Malaysian official described Iran as an important country in the Middle East, and said clinching a bilateral FTA with Iran “would allow Malaysia to gain a first-mover advantage”.

He further described the FTA as ‘a good move’ that would provide ‘a huge opportunity’ for exporting Malaysian products, particularly rubber and palm oil, to Iran. 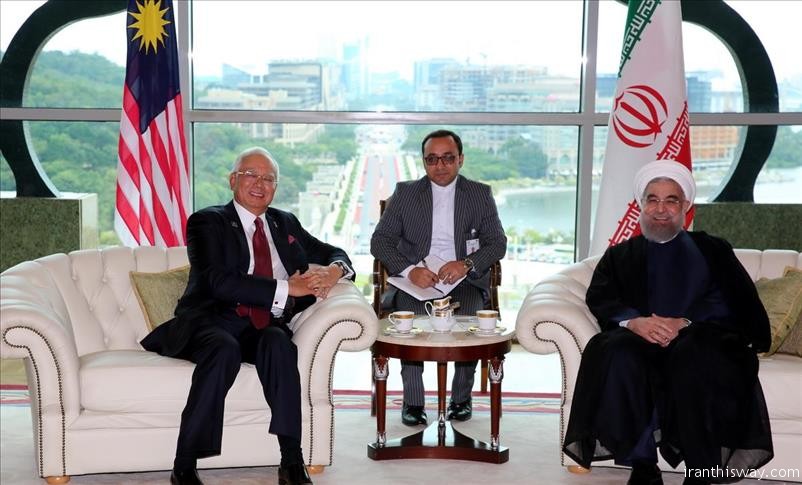 Iran’s president has arrived in Malaysia’s capital Kuala Lumpur for the second leg of tri-nation tour of Southeast Asia in which he aims to boost trade relations following the lifting of United Nations sanctions.

“In terms of bilateral trade, the volume has been small — about $700 million in 2015 — but we hope, since the sanctions have been lifted, to boost Malaysian exports (to Iran), especially palm oil,” he noted.

Iranian and Malaysian officials have already unveiled plans to double trade exchanges between the two countries.

During his visit to Malaysia in October, Iran’s President Hassan Rouhani announced that Iran and Malaysia are determined to restore relations to pre-sanctions levels and double trade exchanges.