“The Islamic Republic of Iran was one of the first countries to recognise Moldova’s independence, establishing friendly ties with the country,” said President Rouhani on Sunday in a meeting with the President of Moldova, Igor Dodon. 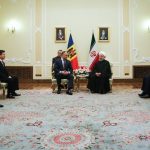 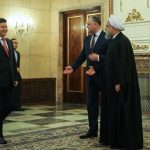 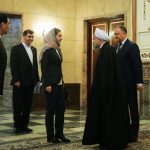 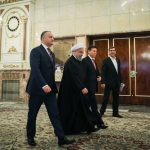 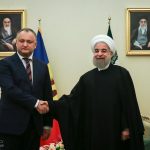 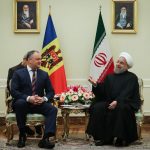 At the meeting that was held in Tehran, Dr Rouhani also said: “All opportunities and potentials must be tapped for deepening ties between Iran and Moldova”.

“Iran and Moldova can have good cooperation in different fields, such as tourism, agriculture, transportation and transit,” said Rouhani adding that the South-North corridor, which will start from India and stretch to Russia, China, Central Asia and Eastern Europe, will create a very good transit route.

Referring to relations between the two countries in the field of energy, President Rouhani said: “The Islamic Republic of Iran can meet a great part of Moldova’s energy needs with its great power in producing oil, gas and gas condensates”.

‏Stressing that the post-JCPOA era has created a good opportunity to cement Iran’s ties with other countries around the world, he said: “We should make the best use of this opportunity to familiarise potentials of Iran and Moldova to investors of the two countries”.

‏At the same meeting, the President of Moldova, Igor Dodon also congratulated the anniversary of the victory of the Islamic Revolution, saying: “We should make the best use of the ample opportunities for developing ties between Iran and Moldova to promote economic, trade, and investment relations between the two countries”.

He also congratulated Dr Rouhani for hosting the international chess championship and said: “This tournament was held in an excellent level with powerful teams from various parts of the world attending”.