Iranian Interior Minister Abdolreza Rahmani Fazli appeared at a press briefing on Saturday to declare Rouhani the winner of the Friday election with 23,549,616 votes, or 57 percent of the total ballots. 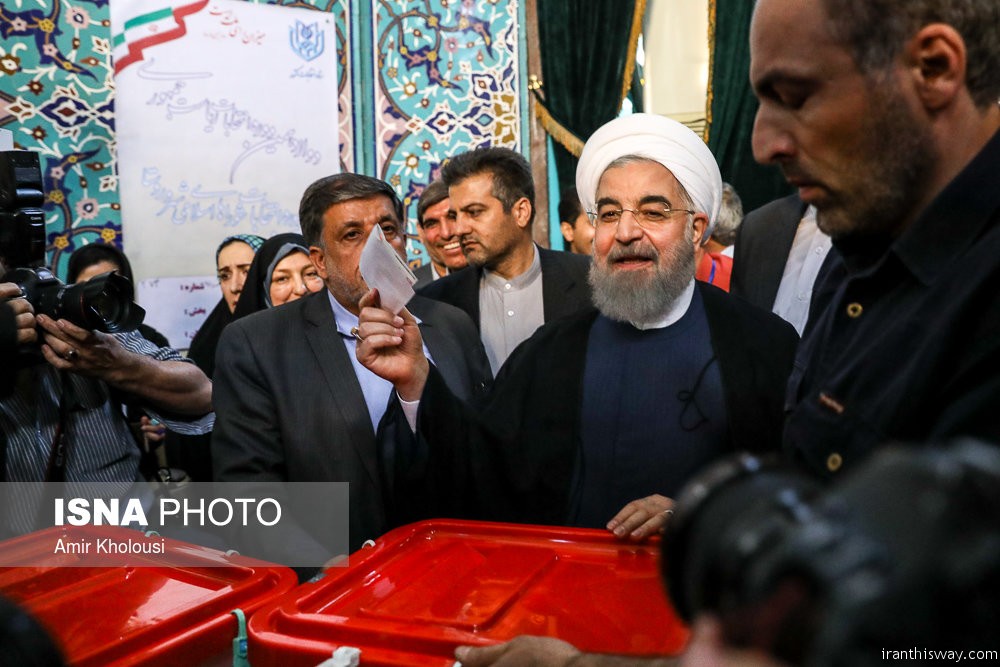 Rahmani Fazli said that a total of 41,220,131 votes had been cast, and that the results he was announcing were almost definitive.

The candidate with the second largest number of votes was Seyyed Ebrahim Raeisi, who garnered 15,786,449 votes, or 38.5 percent.

Mostafa Aqa-Mirsalim and Mostafa Hashemi-Taba, the other two candidates, received 478,215 and 215,450 votes respectively.

Voting hours were extended several times due to a high turnout in the polls.

Six candidates had been approved after vetting by the Guardian Council to run in the election. In the final days of campaigning, however, two of the candidates, namely First Vice President Es’haq Jahangiri and Tehran Mayor Mohammad Baqer Qalibaf, withdrew from the race in favor of President Rouhani and Raeisi, respectively.