Photo: Iran clinches a total of 98 medals in Islamic Games

A total of 98 medals wrapped up the participation by Iranian athletes in the 4th Islamic Solidarity Games in the capital city of Azerbaijan, Baku.

The final day of the competition yielded 14 gold medals for Iranians taking the overall tally to 39 golds.

On Sunday, the Iran men’s youth volleyball team registered an emphatic win by seeing off the Azerbaijani squad 3-0, with the set scores of 25-16, 29-27 and 25-18 in the title match played at the Crystal Hall 1in Baku. 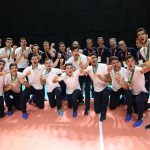 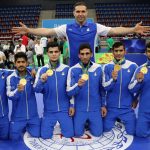 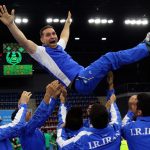 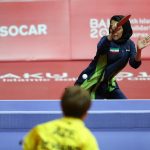 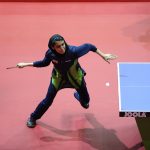 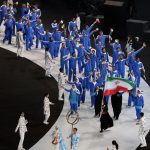 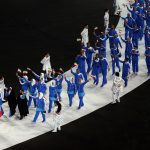 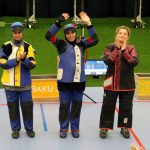 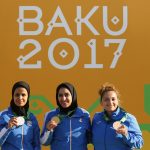 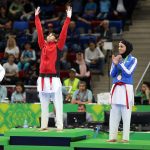 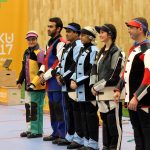 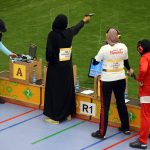 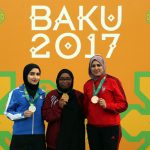 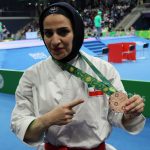 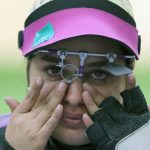 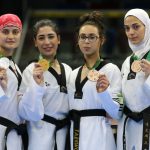 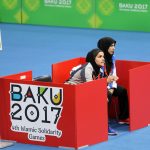 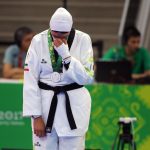 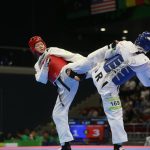 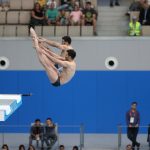 The Iranian pair of Shahnam Nazarpour and Mojtaba Valipour also clinched a gold medal in the final heat of men’s 10m synchronized platform, having tallied 326.04 points.

They were followed by Artem Danilov and Dmitriy Sorokin from Azerbaijan, who earned 265.11 pts. The Iraqi divers Hussein al-Elayawi and Hussein al-Maliki landed in the third place with 215.64 pts.

In the meel bazi division of zurkhaneh, Pejman Sokoonati topped the podium. The Azerbaijani athlete picked up the silver medal, and Afghan competitor took the bronze.

Mohsen Golestanizadeh from Iran stole the show in the kabbadeh contests, and clinched the gold medal. Iraqi and Azerbaijani representatives claimed the silver and bronze medals respectively.

In the charkhi chamani, Ali Jalijoo finished in the first spot. Azerbaijani contestant and the athlete from Afghanistan claimed the second and third places.

Mostafa Mofid added another gold medal to Iran’s medal tally at the games with his impressive performances in meel sangin contests. Iraqi and Azerbaijani contesters claimed the silver and bronze medals respectively.

Iranian Mobin Zibalagha managed to win a silver medal in the sang competitions. Rufat Gulaliyev from Azerbaijan snatched the gold medal and Tajikistani athlete got the bronze.

4th edition of Islamic Solidarity Games finished on Monday May 22 with the closing ceremony held in Baku, Azerbaijan.

Iranian athletes finished the competitions with 39 golds, 26 silver and 33 bronze to take the third place in overall medals table of the games.