Borujerd – A number of Iranian ninja women are training in a jungle in western province of Lorestan. 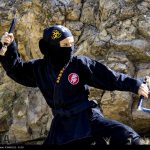 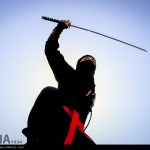 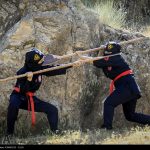 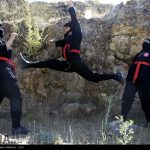 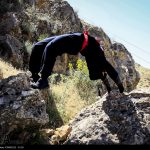 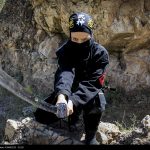 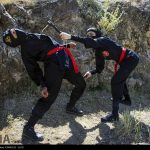 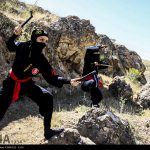 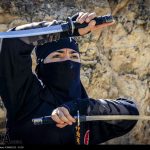 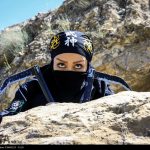 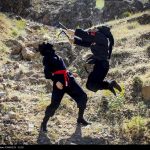 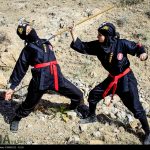 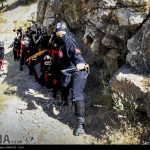 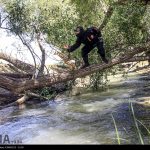 Lorestān, also spelled Luristan, geographic and historic region, western Iran. Its name means Land of the Lurs and it extends from the Iraqi frontier and Kermānshāh and separates the Khūzestān lowland from interior uplands.

Extensive mountains stretch northwest–southeast; between the higher ranges are well-watered pockets with lush pastures. Oak forest covers the outer slopes, together with elm, maple, walnut, and almond trees. The Lurs are of aboriginal stock with strong Iranian and Arab admixtures, speak a Persian dialect, and are Shīʿite Muslims. Under the Pahlavis the Lurs were settled, and only a few retain their pastoral nomadism. Lorestān was inhabited by Iranian Indo-European peoples, including the Medes, c. 1000 bce. Cimmerians and Scythians intermittently ruled the region from about 700 to 625 bce. The Luristan Bronzes, noted for their eclectic array of Assyrian, Babylonian, and Iranian artistic motifs, date from this turbulent period. The bronzes were found mainly in tombs near Kermānshāh. Cyaxares, ruler of the Medes, drove out the Scythians in about 620 bce. Under Cyrus the Great, Lorestān was incorporated into the growing Achaemenid Empire in about 540 bce and successively was part of the Seleucid, Parthian, and Sāsānid dynasties.

Little Lorestān, the northern part, was governed by independent princes of the Khorshīdī dynasty, called atabegs, from 1155 to the beginning of the 17th century, when the last atabeg, Shāh Vardī Khān, was removed by the Ṣafavid ʿAbbās I the Great and government of the territory was given to the chief of a rival tribe, with the title of vālī; his descendants retained the title.

The southern part of Lorestān, or Great Lorestān, was independent under the Faḍlawayh (Fazlaveye) atabegs from 1160 until 1424; its capital was Idaj, now only mounds and ruins at Malamir (modern Izeh).