Photo: Feast of Blessing of Grapes in Tehran 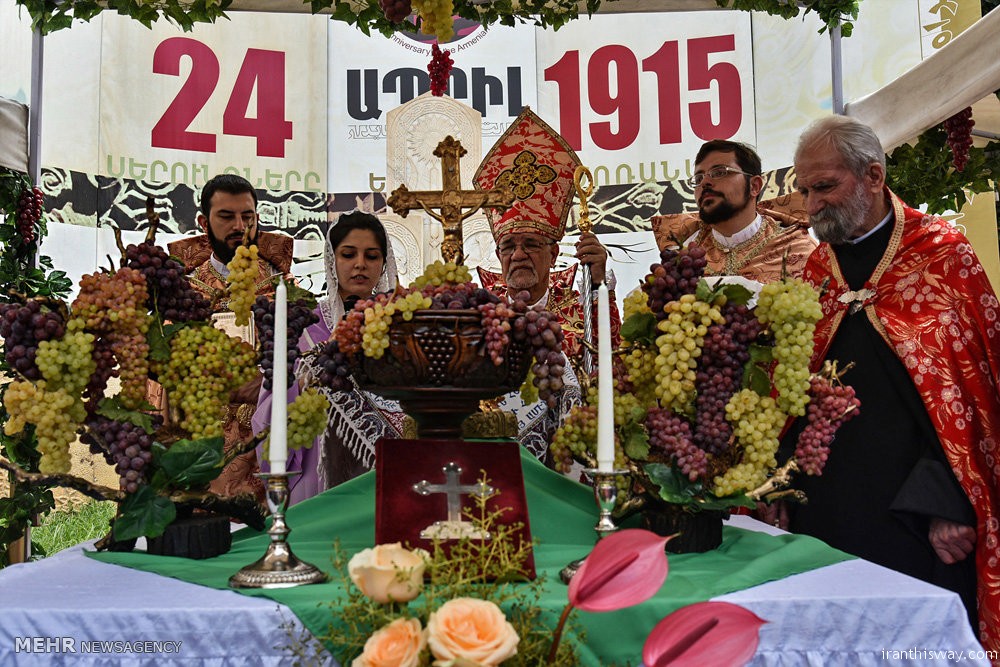 The celebration of feast of Blessing of Grapes and Assumption of Mary was held on in Saint Sarkis Cathedral in Tehran.

The construction of St. Sarkis Church in Tehran began from 1964 and was complete by 1970. The church was built by Sarkisian brothers in memory of their parents.

At beginning the Tehran prelacy was located at conjunction of St. Mother Mary Church in central Tehran. In the early 1960s it was decided to change the site of the prelacy offices into new location. So therefore the bishop and committee members of the time requested to an Armenian benefactor Markar Sarkissian to help them in this cause. So the committee bought the land located at end of Villa Street (now called Nejatollahi Street). In 2006 Mr. Hrair Hagopian renovated the baptism pool and the church in memory of his beloved wife Vartoohi Davidian. 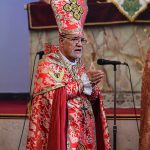 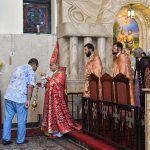 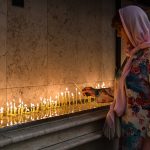 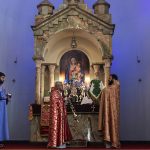 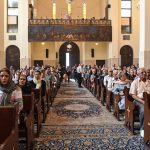 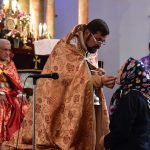 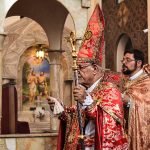 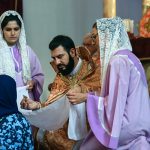 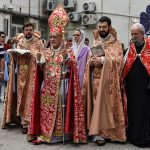 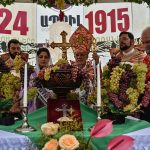 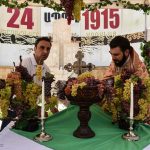 Armenians can be found in almost every major city of Iran, engaged in a variety of professions and occupations, as university professors, physicians, high-school teachers, businessmen, engineers, skilled workers, truck drivers, artists, technicians, artisans, professional athletes, etc. Their traditional centers of Azerbaijan and Isfahan (since the 11th/17th century) have been overshadowed in recent years by the tremendous growth of the Armenian population in Tehran, where more than 66 percent of the entire community (estimated at 270,000 in 1977, see Nyrop, Iran, p. 152) resided in 1345 Š./1966 (Firoozi, The Population of Iran, p. 346). Three prelates with jurisdiction over the three district areas of Azerbaijan, Isfahan (including southern Iran and India), and

Tehran (including Qazvīn, Rašt, Mašhad, Bandar-e Anzalī, Hamadān, Arāk, and Kermānšāh) head the community. They are subject to the catholicos of Cilicia in Lebanon who nominates three candidates for each prelate post out of which one candidate is elected by the assembly of local representatives; then the elected prelate is officially appointed as such by the catholicos (Rāʾīn, Īrānīān-e Armanī, pp. 61-62). The Iranian community traditionally acknowledged the jurisdiction of the catholicos of Echmiadzin (Vałaršapat, the ancient capital of Armenia, now in Soviet Armenia) until the 1950s, when for political reasons he was replaced by the catholicos of Lebanon. This led to a split in the Armenian community, since a large number continued to follow the catholicos of Echmiadzin, who refused to relinquish the jurisdictional claim of his church over the entire Iranian community (Nyrop, Iran, p. 135).