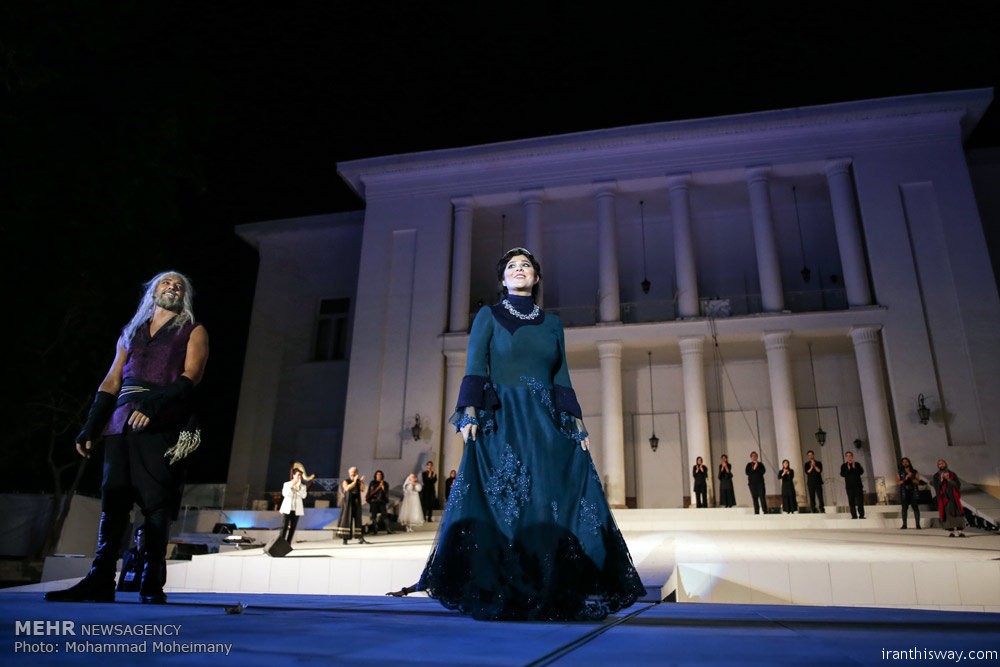 Classical vocalist and tonbak player Homayoun Shajarian, and composer Sohrab Pournazeri, are currently staging a multimedia concert titled ‘Si’ based on Persian poet Ferdowsi’s ‘Shahnameh’. The stories performed include ‘Rostam and Esfandyar’, ‘Zal and Rudabeh’ and ‘Rostam and Sohrab’.

A little over a thousand years ago a Persian poet named Ferdowsi of Tous collected and put into heroic verse the millennium old mythological and epic traditions of Iran. It took him thirty years to write the sixty thousand verses that comprise the Shahnameh (The Book of Kings). This monumental tome is one of the most important literary works of Iran and like other great epics, such as Gilgamesh, The Odyssey, Nibelungenlied and Ramayana, it is a record of the human imaginative consciousness. It is well known and has been adapted through out the Near East, Central Asia and India but is mostly unknown in the West.

The stories of the Shahnameh tell the long history of the Iranian people. It begins with the creation of the world and the origin myths of the arts of civilization (fire, cooking, metallurgy, social structures, etc.) and ends with the Arab conquest of Persia in the seventh century, A.C.E. A mix of myth and history, the characters of Shahnameh take the readers on heroic adventures filled with superhuman champions, magical creatures, heart-wrenching love stories, and centuries-long battles.

Ferdowsi was grieved by the fall of the Persian Empire. Shahnameh was meant to harbor the Persian collective memory, language, and culture amidst a turbulent sea of many historical storms and to preserve the nostalgia of Persia’s golden days.

Heroes of Shahnameh are often torn between incompatible loyalties: moral duty against group obligations, filial piety against national honor, etc. Some Iranian kings and heroes appear in Shahnameh as shining examples of courage and nobility. Others are portrayed as flawed human beings who lose their divine “charisma,” their loved ones, and even their own lives to pettiness and hubris. Ferdowsi stresses his belief that since the world is transient, and since everyone is merely a passerby, one is wise to avoid cruelty, lying, avarice and other evils; instead one should strive for order, justice, honor. truth and other virtues.

Shahnameh has survived as the embodiment of the pre-Islamic Persian soul, but it is much more than a national treasure. As a document of human collective consciousness, it reflects the dilemmas of the human condition as it confronts us with the timeless questions of our existence.

The present version covers the brief mythological opening of Shahnameh as well as the main bulk of its epic stories. The last one third of the book that is dedicated to the tales of the last pre-Islamic dynasty of Iran and the Arab conquest is not part of this version of Shahnameh./ Source 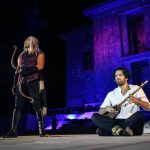 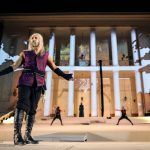 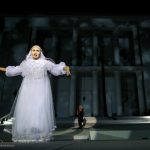 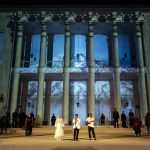 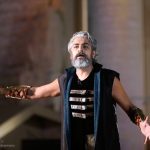 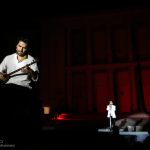 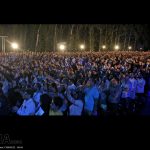 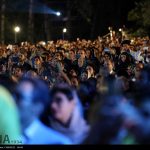 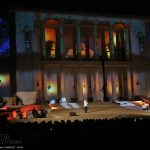 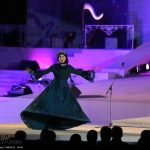 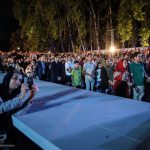 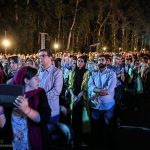 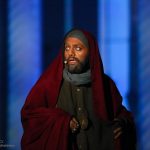 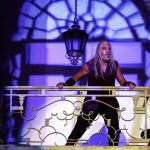 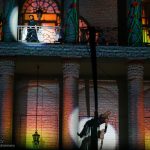 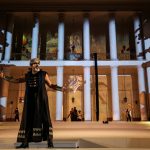 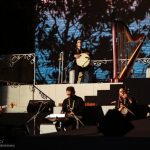 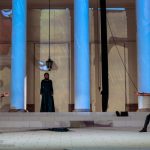 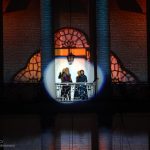 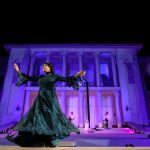 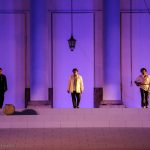 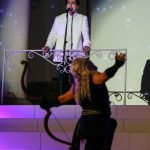 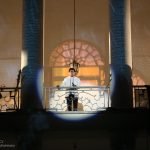 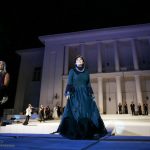 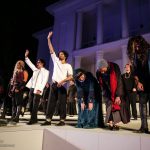 Homayoun Shajarin
Homayoun, was born 21 May 1975 in Tehran is a Persian classical music vocalist, and a Tombak player. He is the son of Mohammad Reza Shajarian, the grand master vocalist of Persian traditional music. Upon his father’s advice, he began studying knowledge of technique and rhythm under supervision of Nasser Farhangfar, master of the tombak, a Persian hand drum, at the age of five. Afterwards, he also continued learning the tombak under Jamshid Mohebbi’s supervision.

He commenced learning Persian traditional vocal Avaz at the age of ten, alongside his older sisters under their father’s supervision and gained knowledge of Avaz techniques and voice-producing. Simultaneously, he attended Tehran Conservatory of Music and chose Kamancheh as his professional instrument as well as being tutored by Ardeshir Kamkar.

In 1991, he accompanied father in concerts of Ava Music Ensemble in US, Europe and Iran, playing Tombak; and from 1999 on, started accompanying father also on vocals. His first independent work Nassim-e Vasl, composed by Mohammad Javad Zarrabian, was published on his 28th birthday, on 21 May 2003. 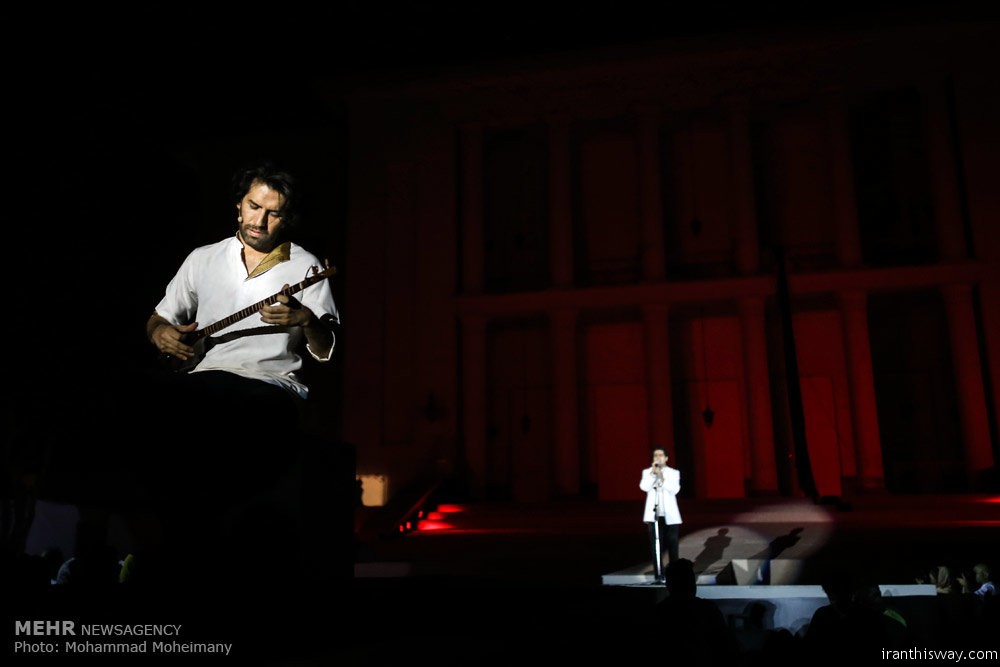 Sohrab Pournazeri
Sohrab Pournazeri, virtuoso of the Tanbour and the Kamancheh, is a sensational phenomenon of modern Iranian music. He is a singer and instrumentalist whose music has surpassed the borders of Iran, fusing with cultures and artists as far and wide as China and the United States. Sohrab was born in 1982 to the musical family of Pournazeris. Music was Sohrab’s mother tongue; he learned it as other children learn to speak. At the age of two he would play his father’s Tanboor (whose body was larger than his) and sing the poetry of Rumi and Hafez. At 13 he was introduced to the stage as part of the Shamss Ensemble, and today he is considered one of the core members of the band. Also starting at age 13, Sohrab studied the techniques of Kamanche with Ardeshir Kamkar, and because of his musical talent was able to begin playing as a soloist with the Shams Ensemble after two years.