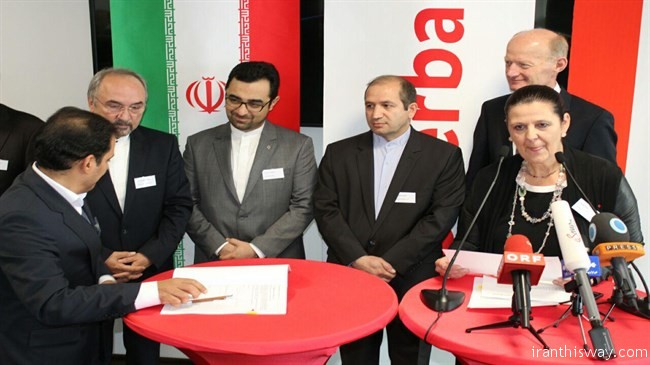 Iran broke the 15-year spell of not obtaining any finance from European banks by signing major deals with Austrian and Danish banks to secure funding for its development projects.

The contracts were signed in the Austrian capital of Vienna by an Iranian banking delegation which included representatives of 14 domestic banks headed by Mohammad Khazaei, the president of the Organization for Investment Economic and Technical Assistance of Iran. Deputy Head of the Central Bank of Iran (CBI) for Foreign Exchange Affairs Ahmad Araqchi was also a member of the delegation.

The first major finance deal worth €1 billion was signed on Thursday between Austria’s Oberbank and a dozen Iranian banks. The Austrian bank thus became one of the first European financial institutions to break the ice in providing loans for Iranian projects following the removal of Western sanctions in early 2016.

Oberbank, Austria’s seventh-biggest bank, with a balance sheet of roughly €20 billion ($24 billion), signed the deal with 14 Iranian banks at its headquarters in Linz.

President of the Organization for Investment, Economic and Technical Assistance of Iran Mohammad Khazaei (2nd L) and Oberbank’s Chief Executive Franz Gasselsberger (2nd R) attend a press conference following the signing of a major finance deal between 14 Iranian banks and the Austrian bank in Vienna on September 21, 2017.

The move was groundbreaking particularly given that many banks — mainly those from Europe — are still standing away from Iran’s funding prospects over fears that they may fall afoul of remaining US sanctions against the Islamic Republic.

Officials in Tehran are hoping that this would set the stage for similar moves by other European banks in the near future.

The agreement which envisages a funding ceiling of €1 billion covers projects by Austrian companies in Iran’s production and development projects lasting more than two years.

Speaking on the sidelines of the signing ceremony, Oberbank’s Chief Executive Franz Gasselsberger said, “Today was a great day in the two countries’ relations as this was the first finance deal between a European bank and the Islamic Republic of Iran. Although the negotiations on the deal took long for several months, the outcome was quite favorable and satisfying for both sides.”

He added the contract will prepare the ground for Austrian companies and industries in different sectors, particularly health and infrastructure, to invest in Iranian projects and export products and modern technologies to the Middle Eastern state.

“In case on some day in the future, we look back at this day, we will realize that this contract has served as a turning point for the two sides to deepen their relations.”

Gasselsberger said Iran’s economy, in addition to those in Austria and other European countries, is extremely attractive for the entire world as the Middle Eastern state has a hardworking and smart young generation that can create great opportunities for their own country and other nations.

“There must be a win-win situation for Iran and international companies. Nevertheless, we should not forget about political aspects.”

Earlier in September, Gasselsberger told Reuters that the agreement covered projects by Austrian companies in areas that were previously under sanctions.

“We have very concrete projects in the fields of infrastructure, rail, health, hospital construction, factory building, photovoltaics, hydro power,” he had stressed.

Export credit guarantees covering 99 percent of a project’s volume will be provided by the Oesterreichische Kontrollbank, the main Austrian body that issues them, Reuters added. 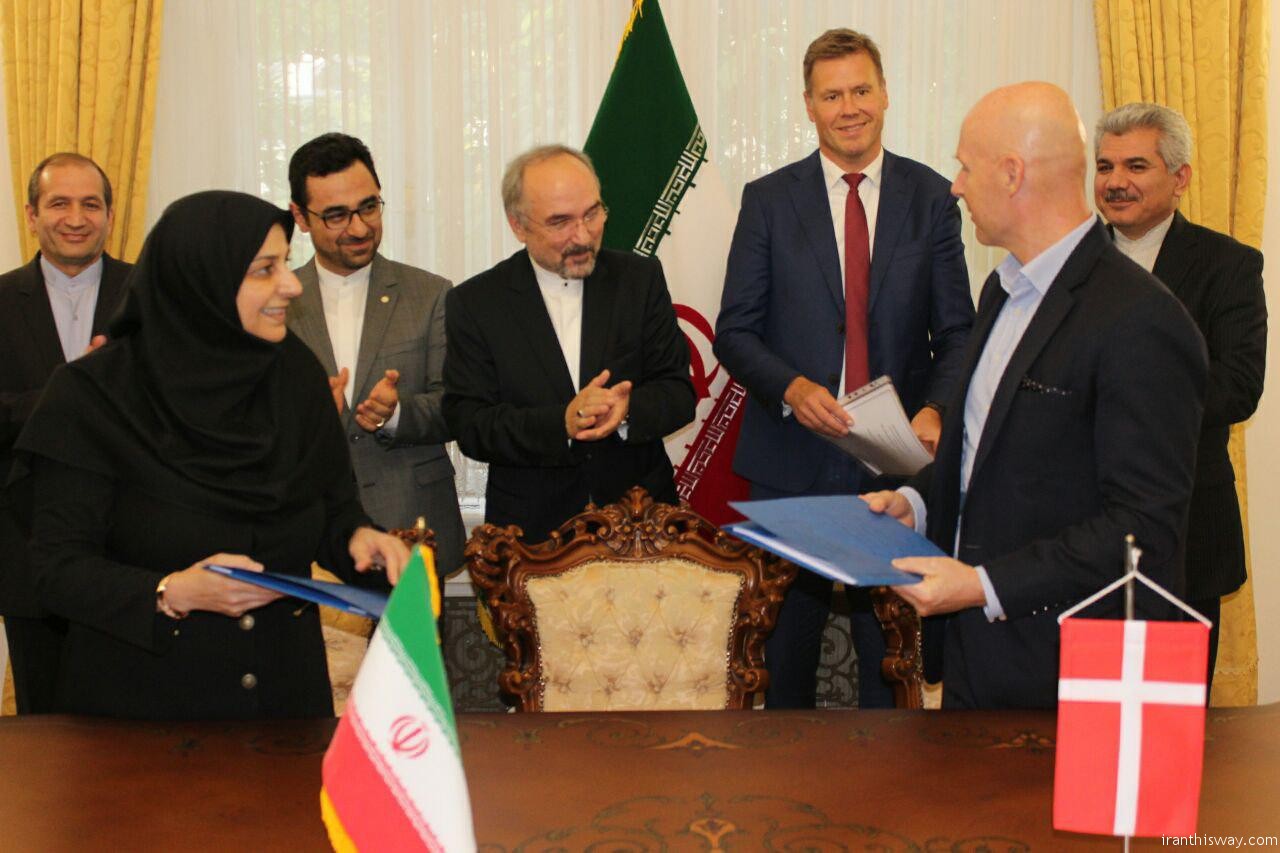 President of the Organization for Investment, Economic and Technical Assistance of Iran Mohammad Khazaei (C) at the signing ceremony of a finance deal worth €500 million with representatives (R) of Denmark’s Danske Bank in Vienna on September 21, 2017.

The other finance contract, very similar to the one with the Austrian bank, was also signed on Thursday, between the Iranian team and Denmark’s Danske Bank.

The deal is worth €500 million and sees 10 Iranian banks on the receiving end. Following the contract the Danish bank became the second European lender to ink such an agreement with Iran.

They will act as the agent banks, providing civil projects in Iran with the Danish fund, according to an announcement by the website of the Central Bank of Iran.

Danske Bank, founded in 1871 and headquartered in Copenhagen, is the largest bank in Denmark and a major retail bank in the northern European region with over five million retail customers. It was number 454 on the Fortune Global 500 list for 2011.

In addition, the Iranian delegation also signed an MoU late on Thursday with the EKF Bank of Denmark to finance infrastructural projects in Iran.

The memo will make it possible to finance Iranian projects in various sectors later.

The deals with Oberbank and Danske came on the heels of a similar move between China’s CITIC Group and a consortium of Iranian banks to provide loans worth a collective of $10 billion for the country’s infrastructure projects.

Iran had also in late August secured an €8-billion credit line from South Korea’s Eximbank — what was seen as the country’s biggest loan deal since the removal of sanctions against it in early 2016.

Accordingly, officials in Seoul said the deal would finance projects in Iran by companies from South Korea.