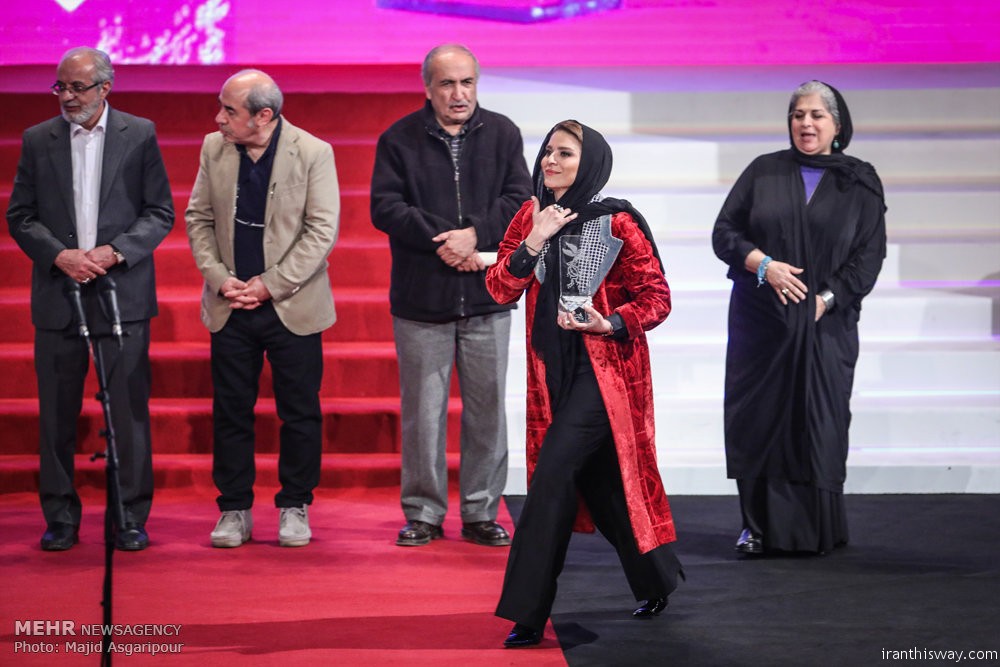 The annual Fajr Film Festival (FFF) came to an end on Sunday at Tehran’s Milad Tower after presenting awards to the best of cinematic productions in the past year.

President Hassan Rouhani in a message to the 36th Fajr Film Festival, which was read by Culture Minister Salehi, said cinema is one of the most effective cultural and artistic means that man has discovered to convey his messages, and civilizational heritages and achievements.

“Our cinema should once again identify its cultural and civilizational domain and while attaching significance to ‘religious and national culture’ as well as ‘Iranian problems’ as its central issues, should also try to have a greater share of the international economy in the visual industry. In order to achieve this goal, we should continuously promote the art and culture of other lands and our national and international capacities.”

Through expressing and putting forth new problems and viewpoints, cinema can prepare the society to encounter them, the president said in his message, adding cinema can grant psychological peace to the society, preserve social stability and consolidate law and ethic which are regulators of social relations. 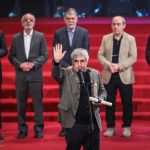 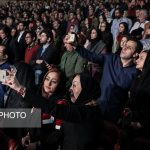 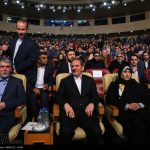 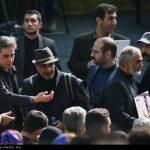 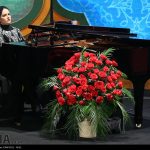 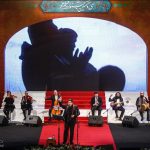 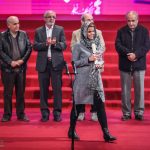 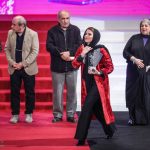 Best Film Crystal Simorgh was granted to ‘The Lost Strait’ by Saeed Malekan. The other nominees for the award were ‘Bomb: A Love Story’, ‘In the Levant Time’, ‘The Woodpecker’, ‘Underwater Cypress’, ‘Truck’ and ‘The Little Rusty Brains’.

Simorgh from the National Point of View was given to Hamed Hosseini for ‘Underwater Cypress’ and Saeed Sa’di. Hooman Seyyedi managed to win the audience Crystal Simorgh for ‘The Little Rusty Brains’.

The nominees for Best Director award were Ebrahim Hatamikia for ‘In the Levant Time’, Bahram Tavakkoli for ‘The Lost Strait’ and Behrouz Shoeibi for ‘The Woodpecker’, Hooman Seyyedi for ‘The Little Rusty Brains’, Kambuzia Partovi for ‘Truck’ and Mohammad Ali Bashe Ahangar for ‘Underwater Cypress’. However, two Crystal Simorghs for Best Director went to Hatamikia and Tavakkoli.

The Special Jury Prize of the 36th edition of the festival went to ‘Bomb: A Love Story’ by Peyman Mo’adi.

Best screenplay awards were proudly presented to Kambuzia Partovi for ‘Truck’ (which he gave to Saeed Aqakhani) and Hooman Seyyedi for ‘The Little Rusty Brains’ which was his second award in the prestigious festival. 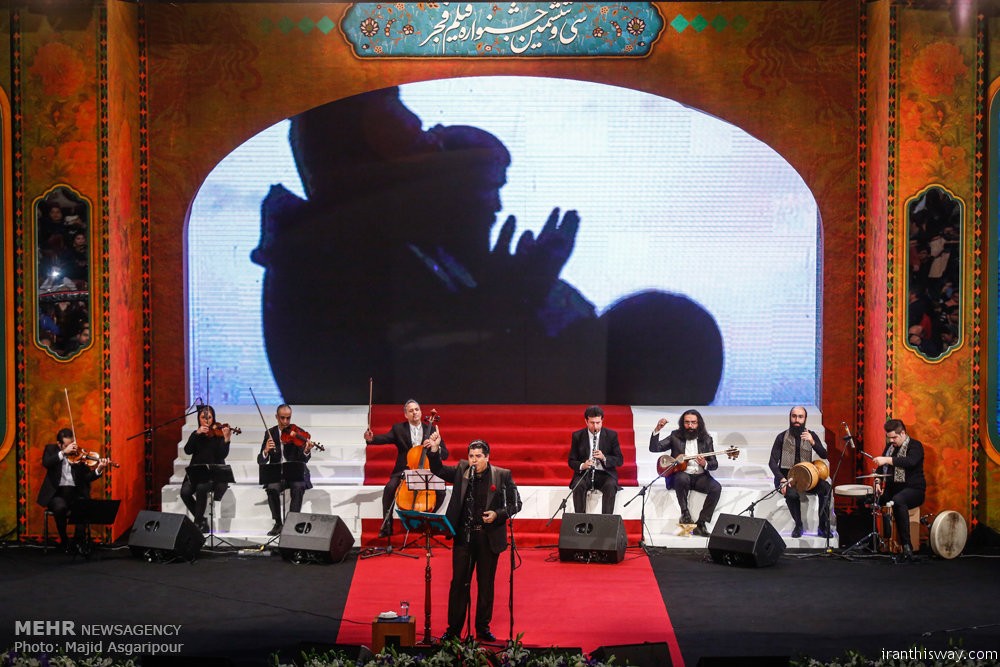 Appreciating all the six nominees in the best actor category, the jury awarded honorary diploma to Amin Hayaei for his performance in ‘Flaming’ and Amir Jadidi for ‘The Lost Strait’ and ‘Cold Sweat’.

The long list of nominees in the Best Actress category was made up of names such as Baran Kosari for ‘Cold Sweat’ and Sara Bahrami for ‘The Woodpecker’, Shabnam Moqadami for ‘Don’t Be Embarrassed’, Mahnaz Afshar for ‘Woodpecker’, Hanieh Tavassoli for ‘The Misunderstanding’ Mahoor Alvand for ‘Istanbul Juncture’, but the award was given to Sara Bahrami.

Crystal Simorgh for best supporting actress awards went to Sahar Dolatshahi for her role in ‘Istanbul Juncture’ and ‘Cold Sweat’. She competed for the accolade with Leyli Rashidi in ‘Cold Swet’, Negar Abedi in ‘The Woodpecker’, Hoda Zeinolabedin in ‘Cold Sweat’.

This is while the Crystal Simorgh for best supporting actor award was given to Jamshid Hashempour for his role in ‘The Woodpecker’ (his daughter received the prize on behalf of her father).

Crystal Simorgh for Best Short Film was given to ‘AniMal’ by Bahram Ark, Bahman Ark. 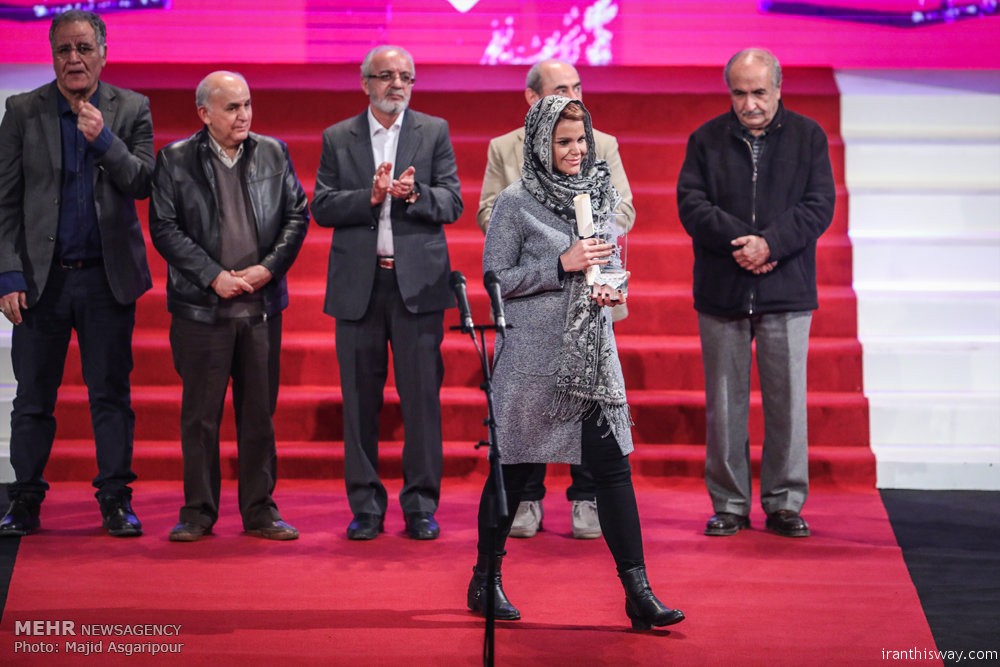 Special Effect Simorogh was presented to Mohsen Roozbehani for the film ‘The Lost Strait’, but he was not present and his son received the award.

The Simorgh for Best Makeup Artist went to Saeed Malekan for ‘The Lost Strait’.

Simorgh for the Best Sound Editing was given to Alireza Alavian for both ‘The Little Rusty Brains’ and ‘In the Levant Time’.

Rashid Daneshmand in the ‘the Lost Strait’ managed to win the Best Sound Recording Simorgh.

Karen Homayounfar for ‘In the Levant Time’ received the Best Music Simorgh while the Best Editing award was presented jointly to Bahram Dehqani and Behnam Najjarian for the film ‘Cold Sweat’. 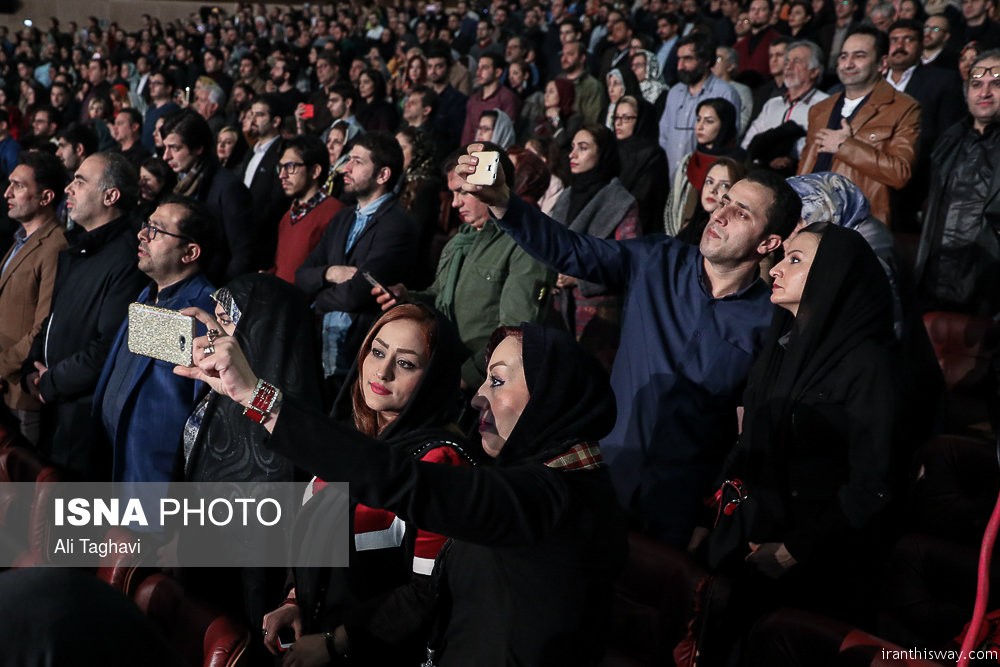 Best film in Art and Experience Cinema went to Hooman Seyyedi in the film ‘The Little Rusty Brains’.

Reza Maqsoodi won the Best Debut Simorgh for the film ‘Don’t Be Embarrassed’.

The event began on February 1.

Since its establishment, the Fajr Film Festival has played a vital role in the development of Iranian Cinema.