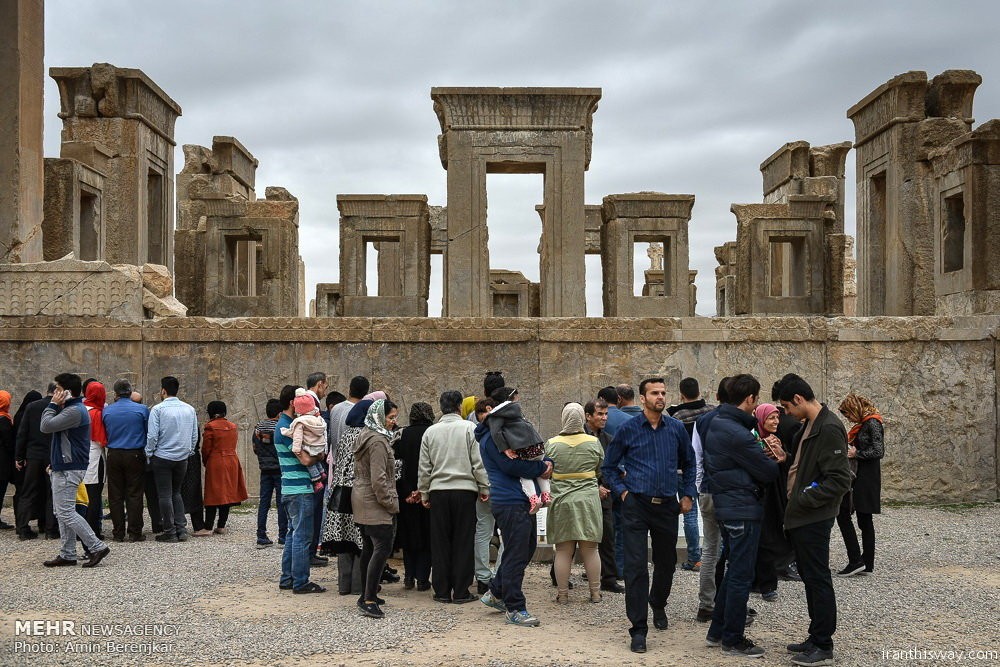 French photographer Alain Ceccaroli and his wife, who visited Iran to hold a photography exhibition, said they were charmed by Iranian culture and hospitality.

Ceccaroli said that he plans to return to Iran in the coming months and enjoy its special attractions.

A collection of 20 black-and-white photographs featuring mountain landscapes was on view at the exhibition titled ‘Entre errance et eternite’ (‘Between Wandering and Eternity’).

The exhibition ran until November 30.

IRNA conducted an interview with Ceccaroli to get his opinion about Iran and Iranian culture.

Alain Ceccaroli was born in 1945 in Morocco. He lives in France. After holding several jobs, he decided in 1981 to become a professional author photographer. Though he was self-taught, his meeting in 1982 with Claudine and Jean-Pierre Sudre was decisive. He devotes himself to his three passions: Architecture, landscape and the Mediterranean. His photographic career took off and multiple commissions and photographic projects started coming in.

He held several exhibitions in countries such as Switzerland, Belgium, Croatia, Syria and Greece.

IRNA: How did you select the photographs for the exhibition in Tehran?

ALAIN CECCAROLI: I was invited by the French Embassy in Iran to hold an exhibition. The embassy suggested some themes for the photos and since I knew that the Iranians are highly interested in nature, I chose a collection of my photographs about mountains and trees.

I am interested in the visible and invisible traces of history on the landscape. I selected a collection of 20 works from my visit to the Swiss Alps in 1985 and 1989.

I did not want to increase the number of displayed photos without paying attention to the theme of the works.

Do you have a plan to hold another exhibition in Iran?

It is not clear yet. Right now I want to travel to Iran again and enjoy its attractions and meet its people. Iranians’ hospitality was of great significance to me and I must confess that I have not seen any people in the world more hospitable than Iranians in Isfahan.

I will recommend my friends in France to make a trip to Iran. Since there are so much propaganda against Iran, I will tell my friends about my observations in Iran and the reality.

What is your opinion about the role of diplomacy of art and cultural diplomacy in getting Iran and France closer?

I believe they play a significant role. That’s why the French Embassy in Iran invites artists and cultural figures to come to Iran and hold exhibitions and fairs. In my opinion, cultural and political diplomacy are complementary.

How do you evaluate the presence of Iranian women in cultural and social fields?

They always welcomed us with their smiles. Female artists in Iranian Artists Forum were also highly active in their fields. We did not think that Iranian women are this much omnipresent in the society.