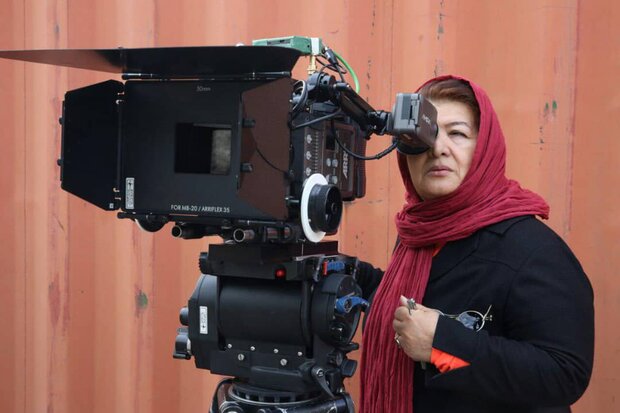 Mansour Jahani – Globally acclaimed Iranian filmmaker Pouran
Derakhshandeh is slated to kick off the 10th Jagran Film Festival in
India, also known as the world’s largest ‘Travelling Film Festival’
(TFF), with her latest film “Under the Smokey Roof” to be screened at
the inauguration.
Her 2013 “Hush! Girls don’t Scream” will hit the silver screen in New
Delhi on July 19.
Most of the Iranian filmmakers and film producers seek to portrait the
problems of children and women, who have been overshadowed in the
Iranian society.
The 10th edition of the Jagran Film Festival (JFF) will hold a
Retrospective of World films and celebrate the life and works of the
Iranian film director, producer, screenwriter, and researcher Pouran
Derakhshandeh. Filmmaker’s finest award-winning movies like Hush!
Girls Don’t Scream, Under the Smokey Roof, Eternal Children and Wet
Dream will be screened at the festival. Her films deal with societal
issues like child abuse and women’s rights.
Jagran Film Festival (JFF) is an initiative by the Jagran Prakashan
Group towards creating a culture of cinema appreciation and an honest
and sincere attempt create a platform that connects great content with
audiences across the country.
Last year, with over 18 towns, 400+ screenings, 18 cinema appreciation
workshops, the festival directly touched over an audience of over
55,000 people, and the media coverage of Jagran puts the reach of JFF
well beyond 50 million people across India.

In its 9th year, the Festival received great response from filmmakers
internationally having received a record number of 4500 film entries.
The Jagran Film Festival will start from Delhi, travelling through
Kanpur, Lucknow, Allahabad, Varanasi, Patna, Dehradun, Ranchi,
Jamshedpur, Bhopal, Indore, Gorakhpur, Agra, Ludhiana, Hisar, Meerut,
Raipur and finally culminates in Mumbai. This makes it geographically
the largest film festival perhaps in the world. The festival screens
films across genres from around the globe.

A unique feature of JFF is that the cast and crew of a few select films are invited to a discussion with the audience on various elements of the film to
wherever the Festival travels.