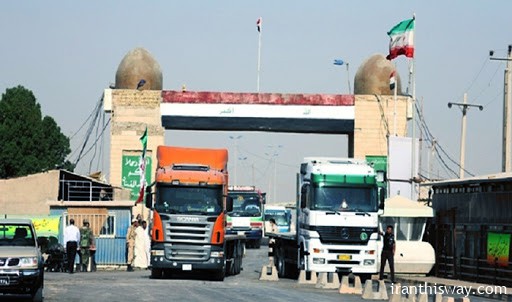 The Chairman of the Iran-Iraq Chamber of Commerce Yahya Al-e Es’haq said that Iran enjoys a high capacity to export $31 billion worth of products to the neighboring countries of Iraq, Afghanistan and Pakistan.

He said on Tuesday that export-oriented perspectives should be taken into consideration for promoting exports while boosting the quality of products is a prerequisite for spurring exports in the country, reported Mehr News Agency.

Iran’s 15 neighboring countries are home to about 500 million people, he said, adding, “These countries provide between $200 and $250 billion worth of export capacity for Iran.”

If barriers of trade and business activities were removed, Iran would be able to export $50 million worth of products to these countries, Al-e Es’haq noted.

He put the volume of products exported from Iran to neighboring Iraq over the past year at $13 billion, while about $9 billion worth of products were exported to Iraq in the first nine months of the current year (March 21 to Dec. 22, 2019).

Iran enjoys a high potential to export up to $20 billion, $6 billion and $5 billion worth of products to Iraq, Afghanistan, and Pakistan, respectively, he stressed.

The head of the Islamic Republic of Iran’s Customs Administration (IRICA) said in January that despite the United States’ unilateral sanctions against the Iranian economy, the value of Iran’s foreign trade exceeded $72 billion during the first 10 months of the current Iranian calendar year (March 21, 2019-January 20, 2020).

In an address to reporters on Sunday, Mehdi Mir-Ashrafi added that of this figure, $35.5 billion pertained to Iran’s exports and $36 billion to the country’s imports.

He noted that the value of Iran’s overseas sales in this period indicated a three-percent decline compared to the same period last year, saying the figure does not include the country’s exports of electricity and techno-engineering services.

The weight of the country’s exports in this time span, however, indicated a 20-percent growth year-on-year, IRICA head added.

In addition, Mir-Ashrafi said, Iran’s imports in the 10-month period to January 20 witnessed an eight-percent rise weight-wise, compared to the country’s purchases in the same time period last year, adding they did not indicate any year-on-year change in terms of value.

He said of Iran’s total imports in this period, 19 million tons pertained to the purchase of basic goods.

“In addition, fetching $15.8 billion in revenue, the export of petrochemicals from Iran accounted for 44 percent of the country’s total exports in this period.”