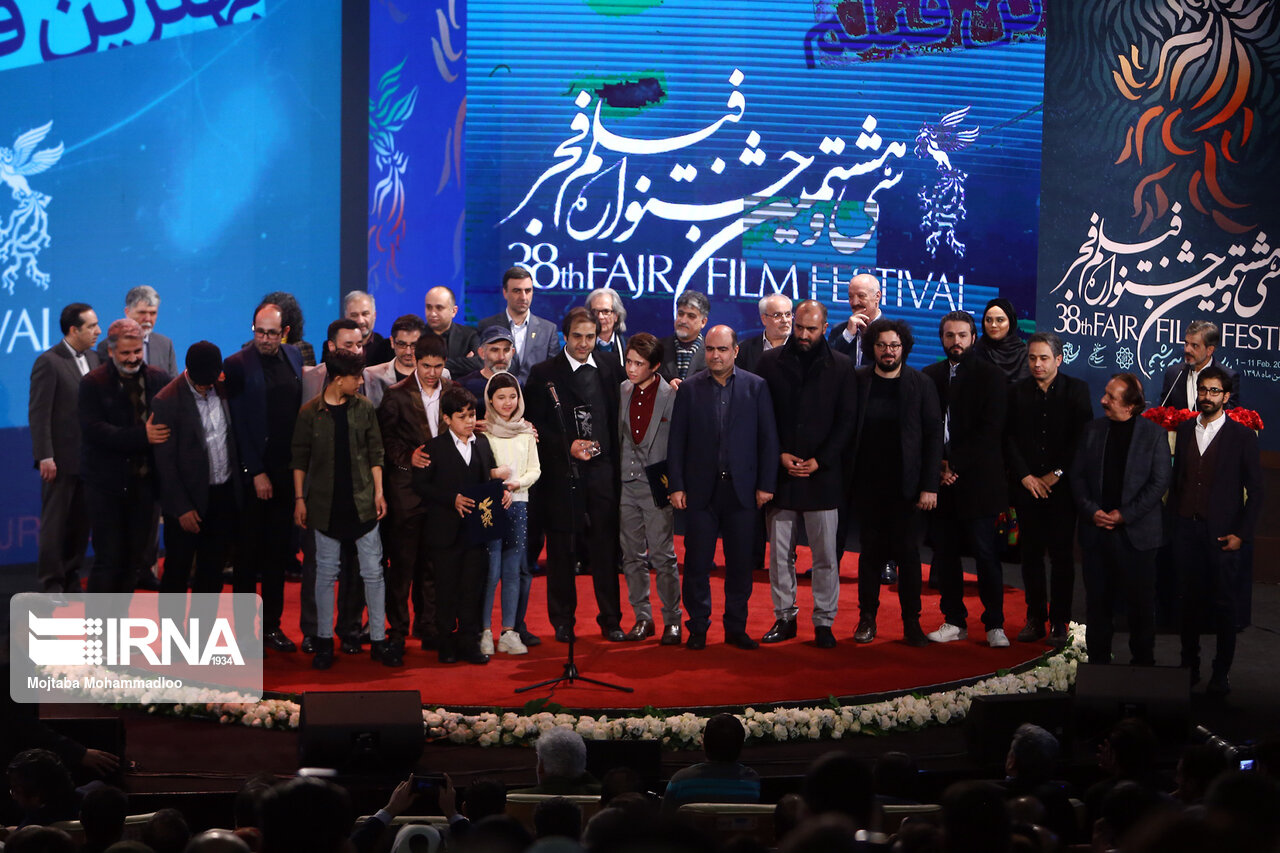 Three Iranian films garnered the most awards at the 38th Fajr Film Festival’s closing ceremony, held on February 11 in Tehran.

The film narrates the story of some ostracized people from poverty-stricken neighborhoods in Tehran. The people have to pretend to be strong if they want to survive the brutality of their environment, ifilmtv.com reported.

A number of top-rating Iranian actors such as Mohammad-Javad Ezzati, Tannaz Tabatabaei, Mahlaqa Baqeri, Pantea Bahram and Amir Aqaei star in the film.

The Golden Simorgh for the Best Film, from the national point of view, also went to this movie.

The film is about Iran’s intelligence and police operations to arrest the Jundallah terrorist group founder and leader Abdul-Malik Rigi.

Iranian actors Amir Jadidi and Saeid Soheili play two lead roles in the project alongside a couple of international actors.

Majidi and his co-producer Amir Banan received their award during the closing ceremony of the festival organized at Tehran’s Milad Tower.

The film, co-written by Majidi and Nima Javidi, won the award for Best Screenplay.

A cast of Iran’s A-list film stars, including Ali Nassirian and Tannaz Tabatabaei, and some students of a special school for child workers in the slums of Tehran played roles in the movie. The group of child workers received honorable mentions.

Majidi’s film narrates the story of a child who works in a tire graveyard and his mother is hospitalized because of mental illness. The deprived child who is living in a poor neighborhood is told by one of his neighbors that there is a treasure in the basement of his school. So the child, accompanied by his friends, gets involved in an adventure to find the treasure.

Since its establishment in 1982, the Fajr Film Festival has played a vital role in the development of Iranian cinema.

The international version of the festival will be held in April 2020.

Over 150 films apply to attend the 38th Fajr Film Festival in Iran.

Some 151 titles, including 115 feature films and 36 documentaries, have applied to take part at the 38th edition of the Fajr Film Festival in Iran.

As the deadline for entries came to an end, the Public Relations office of the Fajr Film Festival announced that 115 feature films and 36 documentaries filled out the application form to attend the event.

Some 37 movies made by first-time filmmakers are among the submitted feature films, according to the report.