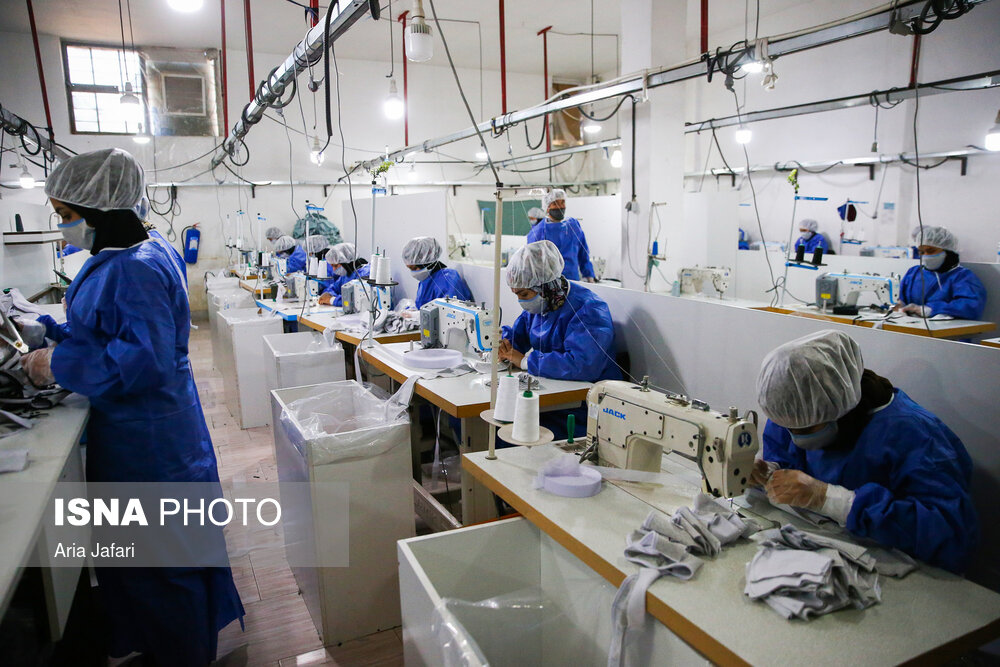 Iranian production units have produced over 15 million face masks since the beginning of the coronavirus ‎outbreak in the country, said the deputy industry, mine and trade minister. ‎

Hossein Modarres Khiabani added the Ministry of Industry, Mine and Trade has placed on its agenda as two ‎top priorities making greater use of domestic capacities and facilitating imports of items needed by the ‎country’s health and treatment network, in the light of the emphasis put by Leader of the Islamic ‎Revolution Ayatollah Seyyed Ali Khamenei on boosting domestic production and the policies adopted by the Iranian ‎government to this end, IRNA reported. ‎

The deputy minister added the figure pertains to the production of N95 and three-layer face masks, of ‎which 14.88 million have been distributed in the country and the rest will soon be handed over to the ‎distribution companies affiliated to the Food and Drug Administration of Iran. ‎

According to statistics and based on the directive issued by Iranian President Hassan Rouhani, production ‎of hygiene products in Iran witnessed a significant increase concurrent with the start of the outbreak in the ‎country, he said, noting that in this period, Iran’s production of antiseptics has grown eight-fold. ‎

Modarres Khiabani added in the same duration, over six million liters of ethanol have been produced in ‎Iran. ‎

‎“In view of the amount of alcohol stored in the country, close to 13.4 million liters of the product have ‎been supplied to the domestic health and treatment network in this period.”‎

Modarres Khiabani noted that major companies affiliated to the Ministry of Industry, Mine and Trade ‎allocated $32.38 million to the purchase of nine million three-layer face masks and 2.3 million N95 masks ‎and donated the items to the National Headquarters for Managing and Fighting Coronavirus. ‎

In addition, the ministry has made available €6.6 million through barter for importing hygiene products, he ‎said. ‎

The coronavirus, which causes a respiratory disease, emerged in the central Chinese city of ‎Wuhan in ‎Hubei Province late last year and is currently affecting a large number of countries ‎and territories across ‎the globe. It has infected and killed people in a large number of the ‎countries. ‎

On Friday, Iran’s Health Ministry spokesman Kianoush Jahanpour ‎said the coronavirus ‎infections in the ‎country have reached 53,183, and death toll stands at 3,294. ‎

He noted that 2,715 new cases have been identified in the past 24 years, putting the number of ‎deaths in ‎the same time span at 134. ‎

Jahanpour regretted that of the total number of the infected, 4,035 patients are in critical ‎condition. ‎