Europeans to cooperate with Iran to restore Jame Mosque of Qazvin 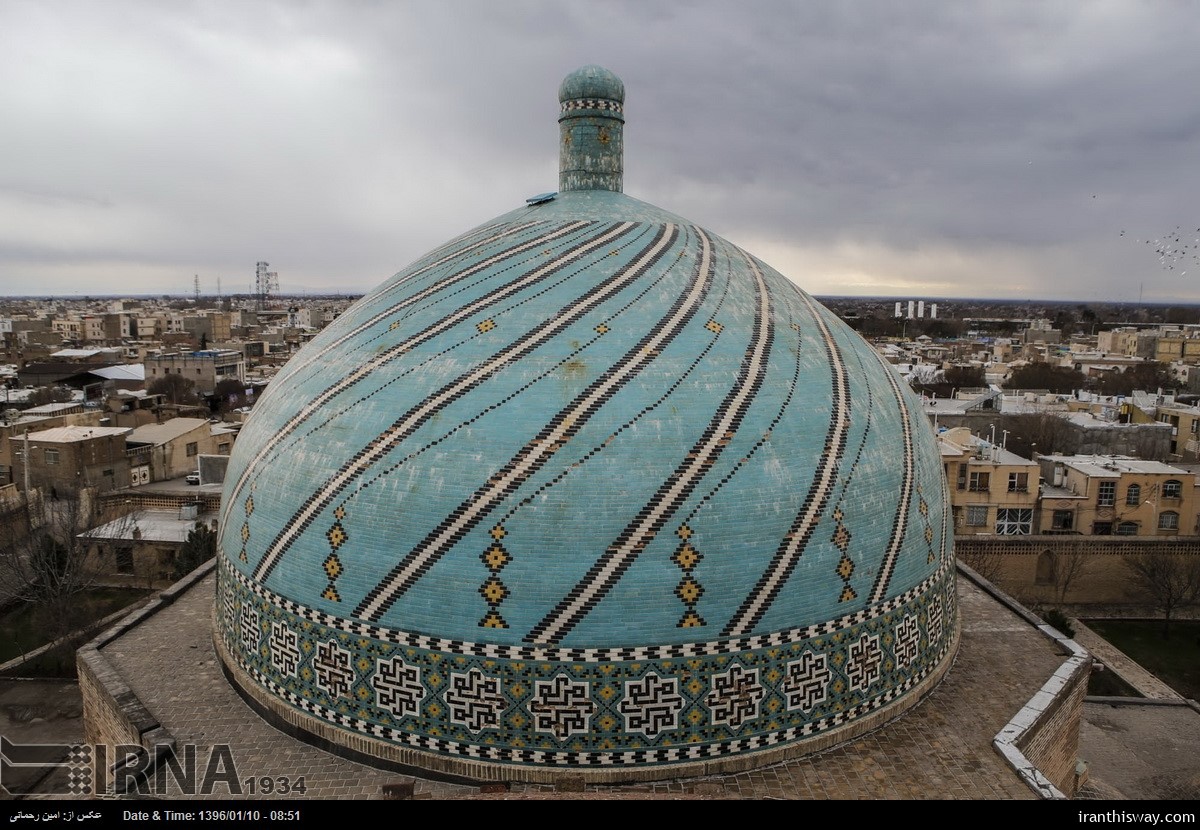 A group of European restoration experts will cooperate with Iran to renovate parts of the Jame Mosque of Qazvin in northwestern Iran, which is one of the oldest Islamic structures in Iran.

Cooperated with Iran’s Ministry of Cultural Heritage Tourism and Handicrafts, they will work on the dome and maqsurah (closed-off space) of the mosque, IRNA wrote.

He added that 15 to 20 ancient buildings in Qazvin Province will also go under restoration until the end of the current Persian year (ending March 20, 2021).

The oldest section of the mosque is said to be constructed by the orders of Harun al-Rashid, the fifth Abbasid caliph, in 807 CE.

Later additions were made, the last was during the late Safavid Era (1501–1736). The double layered main dome of the mosque was added in Seljuk Era (1037–1194). The mosque also features some precious examples of relief calligraphy from medieval times.

In spite of the devastating Mongol conquest of Persia in the early 13th century, the mosque still stands today in its full glory. It is still in use. Parts of the mosque have been turned into a public library.

In spite of the devastating Mongol conquest of Persia in the early 13th century, the mosque still stands today in its full glory. It is still in use. Parts of the mosque have been turned into a public library.

The Congregational mosque of Qazvin, also known as Masjed Jāme-e Kabīr, is located on the western side of Shohada Street. The mosque is a real museum of Iranian-Islamic art and architecture, including exquisite decorations and architectural plans from early centuries of Islamic period to the Qajar era. As the story goes, the mosque was built by Haroun al-Rashid, the Arab Caliph. Based on available historical data, Haroun al-Rashid had a short stop in Qazvin on his way to Khorasan in 808 (the second century of Islamic era).

As a result of this short stop, the fire temple of Qazvin, dating back to the Sassanid period, changed its architectural character and function and turned into an Islamic mosque. For years, the southern ayvan of the mosque housed and protected parts of the original fire temple, but it was destroyed at the hands of Mongols and Afghans.

The current plan of Jame Mosque of Qazvin includes two portals, one on the eastern side (in Shohada Street) and the other on the north-western side. The eastern portal is the main entrance to the mosque, bearing lofty, magnificent decorations. Based on the oldest inscription on the portal, it was built in 1664, at the time of Shah Abbas II (1642-1666). However, the portal was restored several times during different eras, as testified by the presence of various inscriptions representing different dates. According to one of these tiled inscriptions, the portal was first renovated by an affluent person of Qazvin, Mohammad Sadeq Khan, in 1777. Then, based on another inscription, Ali Naqi Mirza, the Qajar ruler of Qazvin and son of Fath Ali Shah, commissioned some further restorations in 1835. Finally, as a tiled panel on the forehead of vestibule shows, the portal underwent restoration for the last time in 1934