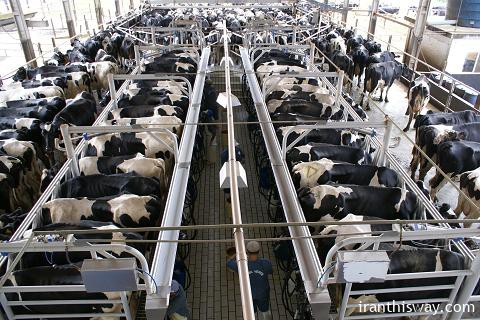 Managing Director of Iran’s Livestock Affairs Support Company Hassan Abbasi Maroufan says up to 860,000 tons of red meat is produced in the country every year, IRIB reported on Wednesday.

The official underlined that 900,000 tons of red meat, including beef and mutton, is needed annually in the country, adding that the country faces a shortage of 40,000 to 50,000 tons when meat consumption increases.

“The shortage is supplied through the imports to prevent any potential problems in the market,” he stressed.

According to Abbasi, last year, all the country’s chicken meat needs were supplied by domestic producers and chicken was not imported into the country.

“We are taking necessary efforts to supply the red meat through domestic production as well and reduce imports of the commodity to zero,” he said.

Accordingly, the company has started negotiating with domestic producers and is going to purchase 10,000 tons of beef and 3,000 tons of mutton from them for strategic reserves in the first phase, Abbasi explained.

Iran is among the leading consumers of red meat in the West Asia region with lamb being the most sought after.

However, the consumption per person is around a third of what is normally seen in countries like the U.S. and Australia, mainly due to the prohibition of pork in Islamic law.

Which European countries imported the most Iranian goods in 2018?

Iran’s exports to Qatar via Bushehr ports up 37% per annum
April 23, 2020 IRAN THIS WAY BussinessIRAN