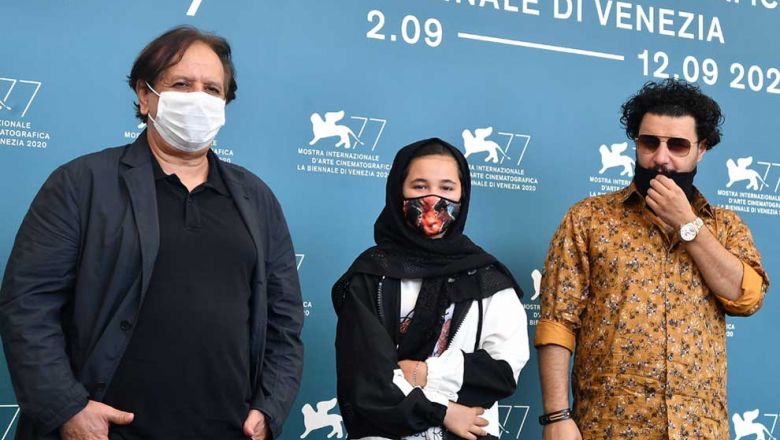 A film critic for the Hollywood Reporter, Deborah Young praised the Iranian film “Sun Children” (Khorshid) directed by Majid Majidi, saying the film should be a frontrunner in Venice competition.

“Iranian director Majid Majidi has made some of the most visually stunning and emotionally stirring films in world cinema about the plight of under-privileged, exploited and abused young people, and Sun Children (Khorshid) is one of his very best. The story of street boys commissioned by a local boss to dig for a treasure unfolds around an urban schoolyard and the clever, freckled face of 12-year-old Ali (Roohollah Zamani), a stereotype-buster of non-stop courage. The movie won best film, best screenplay and best production design kudos at this year’s Fajr Film Festival and should be a frontrunner in Venice competition,” Deborah Young wrote.

“Majidi’s Children of Heaven (1998) was the first Iranian film to be nominated for an Academy Award in the foreign language category. Though Sun Children lacks the visual lushness and poetry that made Children of Heaven so seductive, its condemnation of child labor and the inaccessibility of basic education to the poor comes across with great force,” she added.

“Post-revolutionary Iranian films have often drawn from the well of children’s problems to outflank the censors and score their social critiques. The screenplay written by Majidi and co-scripter Nima Javidi (Melbourne) pins its outrage to a swift-moving, high-stakes plot that undercuts sentimentality and the conventions of the exploited-child genre,” Deborah Young went on to say.

“Sun Children” is one of the 18 feature films selected for the competition section and will compete for winning the festival top prize, the Golden Lion.

The 77th Venice International Film Festival will take place at Venice Lido from 2 – 12 September 2020. This will be the first major international film event to take place physically since the beginning of the coronavirus pandemic.

But the five kids lucky enough to be cast – one of whom accompanied Majidi to the prestigious Venice film festival on the Lido – are just a handful of the world’s 152 million street children who face a grim future without society’s intervention, the director said.

“Many of these kids are selling items in the streets, or underground. They have the worst conditions but it’s not limited to Iran, it’s everywhere, unfortunately.”

Despite the heavy subject matter, an adventure story plot and Majidi’s ability to find humanity and humour in the face of adversity help highlight the spirit, intelligence and potential of Majidi’s young subjects.

In the film, 12-year-old Ali [Rouhollah Zamani] and his three friends help support their families through odd jobs, even stealing a tyre or two. One day, they are told a hidden treasure is buried underneath a school for street children. To dig for it, they must enrol.

Majidi said he deliberately sought a light touch, even including unexpected moments of humour that had the audience cheering at a press screening.

“The topics are already very sad, very heavy. So in order to be able to keep the viewers engaged, you don’t need to force them into a heavy, sad situation,” Majidi told AFP, speaking through an interpreter.

“I wanted to do a mixture of light and heavy and play between those so people can stand to watch this misery.”

The film is one of 18 in competition for the festival’s top prize, the Golden Lion.

Just before departing for the festival, lead actor Zamani tested positive for coronavirus and could not travel, Majidi said, adding that the youngster was fine, though disappointed.

Actress Shamila Shirzad, 13, made the trip, however. In the film, Shirzad and her younger brother played roles that differed little from their actual lives. As Afghans without papers in Tehran, they worked selling items in the subway while living under the constant threat of their family being sent to a refugee camp.

“I was born in Iran and started working when I was five and went to school,” where Majidi found her, she said at a press conference.

Some three to four million Afghans are currently living in Iran, their situation worsened by their illegal status and the prejudice they face, said the director, whose 2001 film, Baran focused on Afghan refugees in Iran.

Majidi warned that the plight of street children was not limited to one country or region, saying the world could not afford to ignore these kids’ potential.

Responsibility goes “beyond the state,” he said.

“The responsibility is to understand and be aware of the children’s situation, and that concerns us all, not just those who govern us.”

Majidi and a number of crew members are on the Italian Lido to promote the film at the major international film event.

“What is portrayed in the film is a global issue that is not limited to one country, but the damage some West Asian countries are facing due to wars is more serious,” Majidi lamented.

“Our country has been under severe sanctions imposed by the U.S. government over the past 40 years, and at present, since coronavirus is a mutual affliction all over the globe, one of our most serious problems is that these sanctions threaten access to certain medicines,” he added.

One of Iran’s serious problems is that people have illegally emigrated from these countries to Iran as a result of the wars and regional crises.

The cast members of “Sun Children”, Shamila Shirzad and her brother, Abolfazl, are two children born to an Afghan family in Iran.

These two, as well as other child members of the cast, were selected through auditions that Majidi held among the children making a living from peddling in the Tehran metro.

“A key topic the film intends to emphasize is the social responsibility people have in their societies,” Majidi said and added, “Governments are not my problem in this film, but I want to say that people should fulfill their own social duties and responsibilities on each issue.”

“An artist is the voice of the people,” Entezami commented, while Darughezadeh wrote, “Majidi used the opportunity at the Venice festival to condemn the oppression of the Iranian people and violation of their rights.”

Celluloid Dreams, a major French film production and distribution company, is handling international sales. “Sun Children” premiered during February in Tehran at the 38th edition of the Fajr Film Festival, which honored it with the Crystal Simorgh for best film.

Co-written by Majidi and Nima Javidi, the film also won the award for best screenplay.