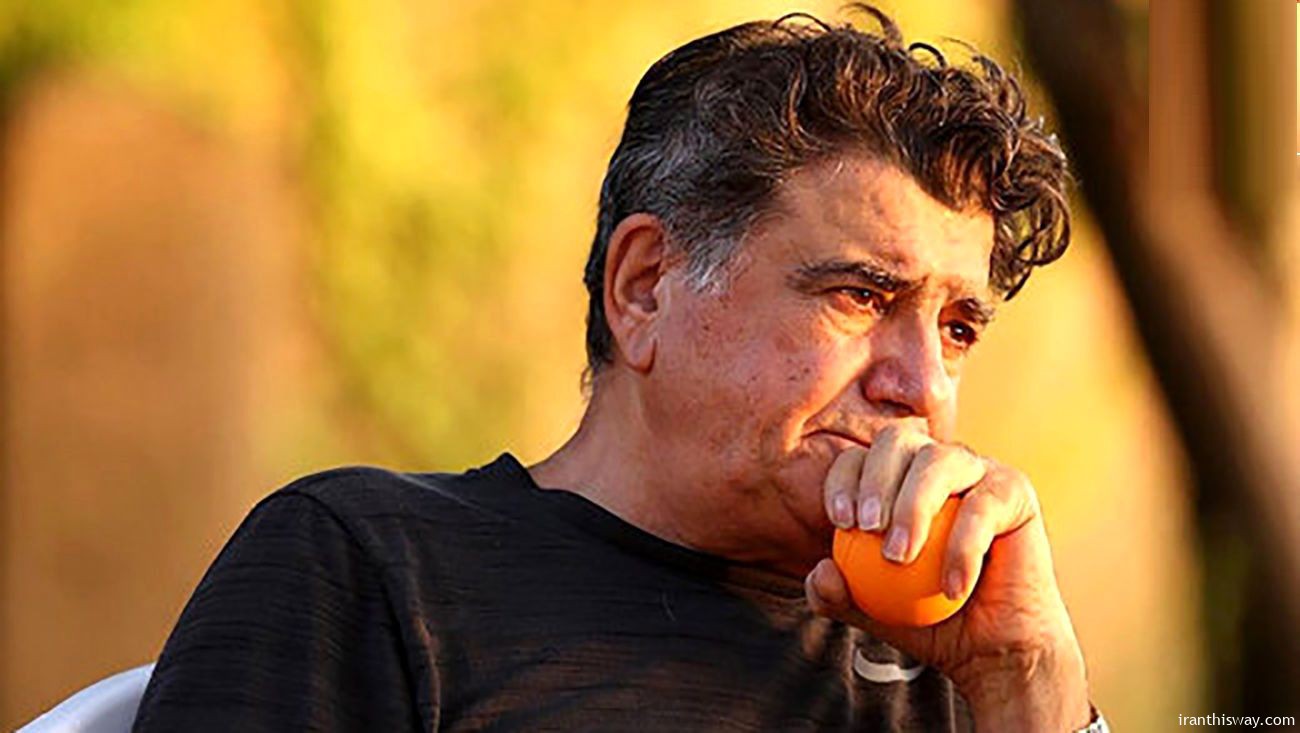 Legendary vocalist master Mohammadreza Shajarian, who was known as Iran’s king of song and once called himself the “son of Iran”, died on Thursday at 80 at Tehran’s Jam Hospital years after suffering from kidney cancer.

It was deeply shocking for his fans and the Iranian music community when the icon of Persian traditional music appeared in a video in the early days of Noruz, the celebration of the Iranian New Year celebration, in March 2016, wishing a happy New Year for Iranians and announcing that he was suffering from chronic kidney cancer.

The two-time Grammy Award nominee called the disease “a 15-year-old guest” that is “friendly” with him and added that he would soon return to the stage, a dream that would never come true.

He soon left the country for Sacramento, California to receive treatment for the disease and returned home in September that year to resume his medical treatment in the country.

His fans were shocked several times over the past few years each time they heard that their beloved, highly popular artist was admitted to the hospital. In post-revolution Iran, no other artist could capture the hearts and souls of his people as much as him.

His popularity was not just limited to his art. His strong affinity with the people over the course of his lifetime made Shajarian their beloved artist. He was never once apathetic about the pain and suffering they went through.

For example, shortly after the devastating 2003 earthquake in Bam, Kerman Province, which claimed tens of thousands of lives and flattened the town, Shajarian and his group, composed of his son Homayun, tar virtuoso Hossein Alizadeh and kamacheh master Kayhan Kalhor, organized benefit concerts titled “Compassion for Bam” to raise funds for the victims of the disaster.

The Bam Art Garden was born out of the rubble of the earthquake based on an initiative from Shajarian and his friends.

“I was like a drop that fell from the cloud, heading to the sea,” Shajarian once said during a celebration to mark his 73rd birthday in September 2013 organized by his friends and a number of Iranian art elites, including vocalist Shahram Nazeri, filmmaker Masud Kimiai and writer Javad Mojabi.

“For me, the people of Iran and the world are the sea. And from childhood, I learned from my parents to share my happiness with others… I follow the way that people are going and the people are my most important asset. Today, many people live inside me and I live for them. Because I believe that life finds its mean with ‘you,’ therefore, I have tried to do my art for humans and humanity.

“We should first abandon our evil ways and wickedness to enable ourselves to live with others and hold meetings with them; meetings with others have always been important for me and I have tried to ignore my personal pride for the sake of national pride and culture.

“Life is difficult when we are under others’ steady gaze and spotlights, but today, the present the people give us is for having always loved them; I have tried to share my happiness with others and have regard for their concerns.”

Born in the religious city of Mashhad, Shajarian began his vocal career from childhood with his father who taught him Quran recitation. His recitations of the Holy Quran were aired by Mashhad Radio when he was only 12.

At the same time, he was also pursuing a career in vocal music.

In his early twenties, he left his hometown to pursue his singing career in Tehran. His father wanted him to respect his family’s reputation for their affinity with religious figures, so his singing was aired by Tehran Radio under the alias Siavash Bidgani.

Tar virtuoso Ahmad Ebadi, who was one of Shajarian’s close friends, met his father later, convincing him to allow Shajarian to sing using his true name.

His collaborations with Golha, a professional music program of Tehran Radio that had many top musicians, in 1972 opened a window of opportunity for Shajarian. He started a friendship with many elites of Persian traditional music who played a key role in the development of his virtuosity.

As he was completing his education with the top maestros such as Framarza Payvar, Nurali Khan Borumand and Abdollah Davami, he also pursued his Quran recitations professionally. In 1978, he finished first in Iran’s nationwide Quran competition. In summer 1979, he took second place in the recitation category of a Malaysian Quran contest.

He split from Golah, and consequently, radio in early 1978. “At that time, the program was not in harmony with my feelings. I felt that the radio’s policy was being made by cabarets and cultural triviality.”

His friends in the Sheida and Aref music ensembles also separated from the radio in protest at the killing of demonstrators on Black Friday on 8 September 1979. They teamed up to produce some protest songs, which were released in album series named Chavosh.

The epic song “Sepideh” (“Dawn”) composed by Mohammadreza Lotfi with a poem by their close friend Hushang Ebtehaj, who is also known by his pseudonym “Sayeh”, become a smash hit that Shajarian performed with the Sheida ensemble at National University in Tehran in 1980. “In Memory of Aref” and “The Soul of the Beloved” were among the albums Sheida recorded with Shajarian.

In 1980, a recitation of an invocation, known as “Shajarian’s Rabbana”, that he improvised for his students was recorded at Iran’s national radio. The divine recitation, which is composed of four verses of the Holy Quran, opens with a prelude featuring verses of a mesmerizing Rumi poem promoting the fast during Ramadan.

In his works, he began to perform in dastaghs and gushehs, the totality of melodies of the Persian traditional music system, which were sinking into oblivion at that time. This trend was highly inspiring for his pupils, helping save these unique systems.

In the 1980s, he pursued a teaching career in music courses, one of the outcomes of which was that his son, Homayun, is now a popular vocalist of the new generation.

His collaboration with Aref, which was led by eminent composer and santur virtuoso Parviz Meshkatian, resulted in the creation of “Injustice”, “At Presence of the Beloved”, “The Dome of the Sky” and several other albums, which are considered an unparalleled treasury of Persian traditional music.

He worked with many musicians and finally in 2008, founded his own group Shahnaz named after his master and tar virtuoso Jalil Shahnaz. His daughter Mojgan and composer and tar virtuoso Majid Derakhshani were among the members of the ensemble, along with whom he embarked on a world tour in 2010, using his innovative instruments, including the sorahi, arghanun and barbad.

Shajarian was also quite agreeable to the innovations made by his son, Homayun, in the traditions of Persian song.

“Despite objections from those who are adherents of Persian traditional music, they [Homayun and his colleagues] are not in the least incorrect. However, they should beware of deviations. They should follow their own path based on the culture of their society; they should never go beyond due bounds in modernity, letting the next generation try their new items,” he once said in an interview.

He was nominated for a Grammy Award in Best World Music 2004 and 2006, and was the recipient of numerous awards and honors, including a UNESCO Golden Picasso Medal in 1999. He was also decorated with France’s Chevalier of the Legion of Honor in June 2014.

Shajarian was also known for his skills in Persian calligraphy, and showcased his works in several exhibitions.

Once in an interview, he called himself “son of Iran” and added, “My vice is among the ancient vices of Iranians who wanted to be remembered for the type of people they were; people of humanity, love, peace and purity.

“We have no other message for the world than that of friendship, love, life and happiness. And if we complain it is to rid ourselves of social problems so our people can live.”

Shajarian married Farkhondeh Golafshan in 1961, but divorced her in 2000. He is survived by his widow, Katayun Khansari, and his sons Homayun, Farzaneh, Afsaneh and Mojgan from his first marriage, and Rayan, another son from his second marriage.

“Maestro Shajarian was a great & true Ambassador of Iran, her children and—most of all—her culture,” Zarif wrote in his Twitter account on Thursday.

“I extend my deepest condolences to Iranians across the world and partcularly to his loved ones” he added.

“From God we come and to Him we return.”

UN representative office in Iran said in a message that the demise of the great Iranian vocalist Mohammad Reza Shajarian caused deep grief and sorrow.

“We on behalf of the UN family in Iran express condolences to Shajarian’s family and all his lovers in Iran and world. May the departed soul rest in peace,” the message said.

Iran’s Embassy in Zagreb in a tweet also extended condolences to the honorable and culture-loving compatriots, as well as lovers of Iranian culture and art, the death of the great Iranian vocalist and the internationally acclaimed figure.

Meanwhile, Swiss Embassy to Iran expressed sincere condolences on the demise of Maestro Mohammad Reza Shajarian. “Switzerland will cherish the memories of his concerts in Lausanne and Zurich.”

The British Embassy in Tehran also extended condolences to all his fans on the departure of one of the most prominent figures in Iranian traditional music of the last century.

Iran’s Ambassador to Azerbaijan Republic also paid homage to the late vocalist on his Twitter, expressing deep regret over the loss of “a towering figure in international music”.