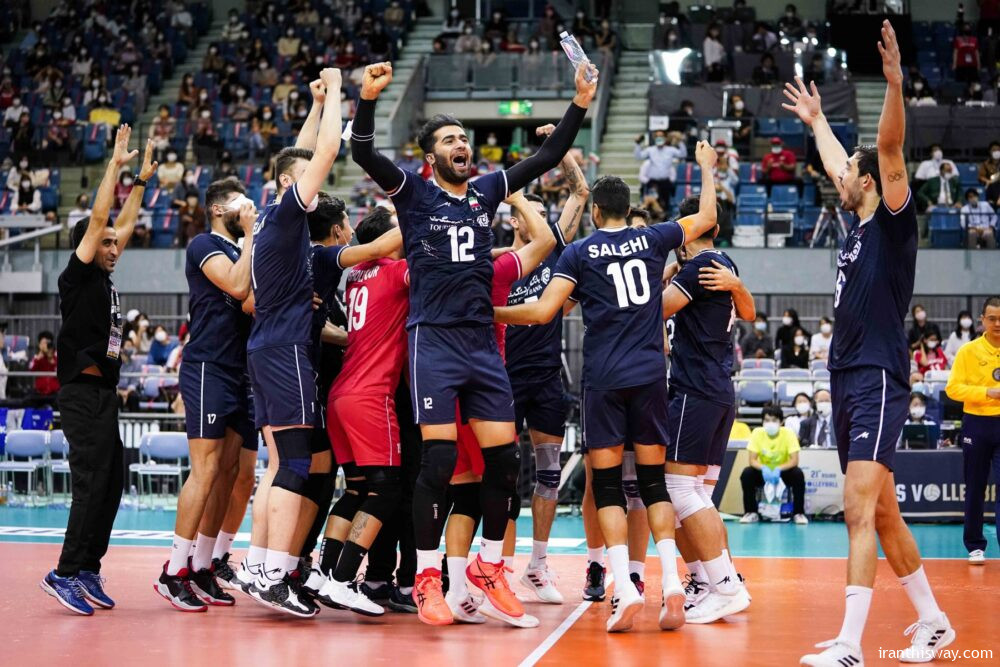 The Iran national men’s volleyball team won the title of the Asian Men’s Volleyball Championship 2021 after winning the national team the hosts Japan 3-0 in the final match on Sunday.

The 21st Asian Senior Men’s Volleyball Championship was held from Sept. 12 to 19 in Chiba, Japan, and the participating teams vied for two spots in next year’s FIVB Volleyball Men’s World Championship in Russia.

This was Iran’s fourth win in the Asian championships, while Japan have won the title nine times so far.

By advancing the final, both Iran and Japan booked their tickets at the 2022 FIVB Volleyball Men’s World Championship already on Saturday.

The FIVB Volleyball Men’s World Championship will be held in Russia from Aug. 26 to Sept. 11, 2022 with the participation of 24 teams.