The Maranjab Desert is located in Aran and Bidgol, Isfahan province, and is one of the most beautiful desert areas of Iran. High dunes are the attractions of the region. 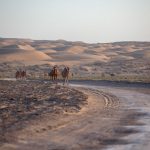 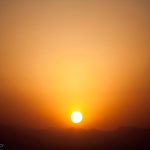 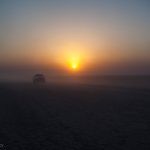 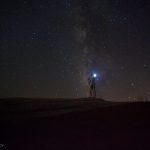 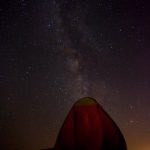 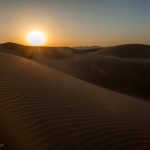 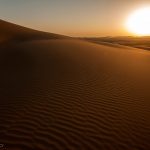 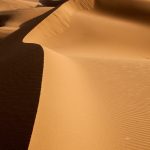 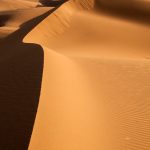 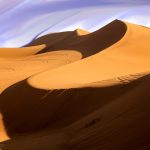 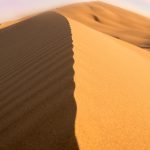 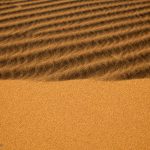 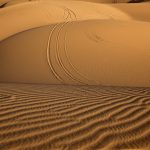 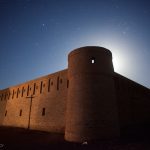 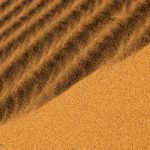 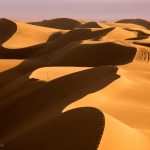 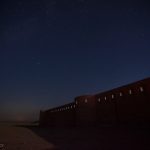 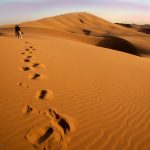 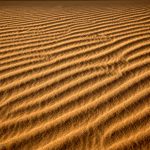 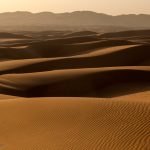 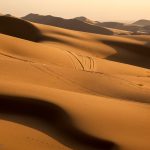 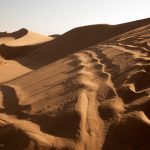 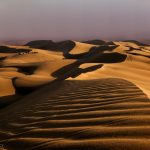 The average height of this desert from free ocean level is about 850 meters and the highest point of the island is about 880 meters above the free ocean level, and it is necessary to say security, relative moderation, variety of tourism attractions, the diversity of animal species and vegetation in desert areas make a good place for tourism and investment in this area and motivated many tourists to the area. Much of this desert is covered with dunes and sabulous . In terms of vegetation,Maranjab is very rich. The main vegetation is consists of salt-friendly plants, including trees, tamarisk and arch and bushes Qych . 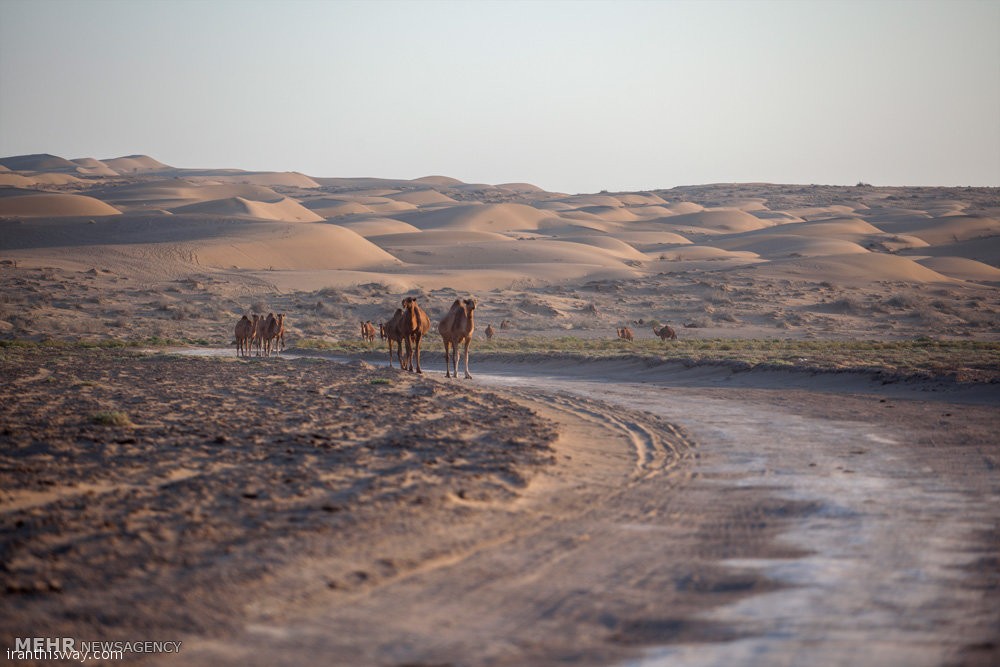 Because of water and food abundant , food cover is very rich in Maranjab desert. Among the animals: wolf , jackal , hyena , fox sand , sand cat , lizard , chameleon , a variety of lizards , snakes , scorpions , dull-yellow partridge , eagle , hawk are noted. In recent years a pair of cheetahs had been seen in Maranjab. According to local residents, there are now 21 Cheetahs in this area.

Shah Abbas chose the name of this desert. It was the way of the Silk Road between Europe and China in traffic.Maranjab is taken from Ramesh name of the inn and canals that fresh water leak from them. 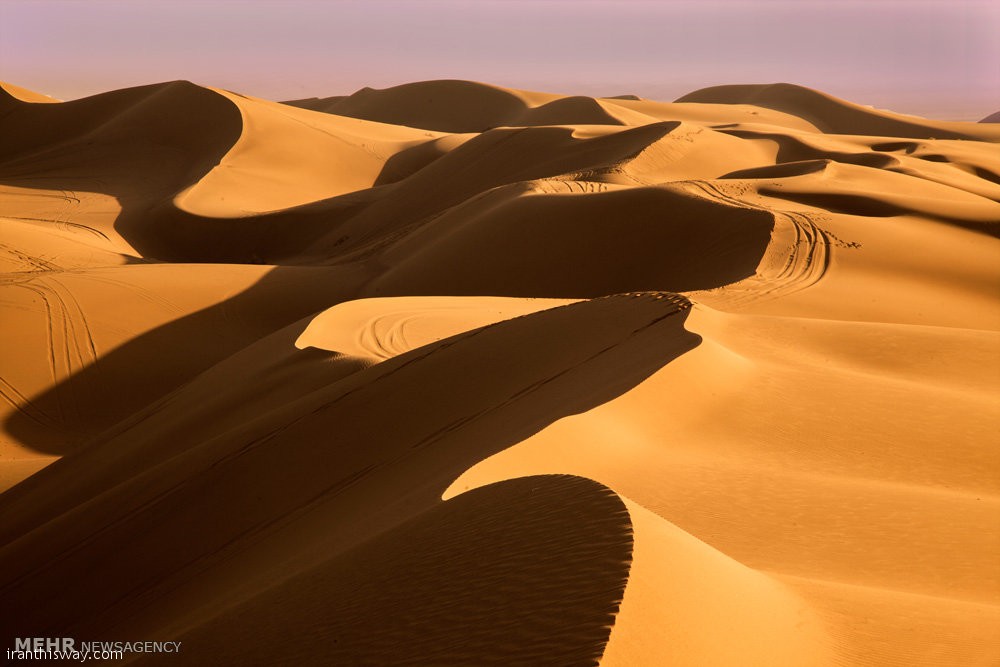 Maranjab is one of the most beautiful deserts of Iran. Long sandy hills and forests of the area and make this dessert fantastic. Aran and Bidgol Salt Lake and Wanderer Island is another sights of this dessert. Pay attention that with only one or two month rainfalls in the year the visitors can watch wanderer Island and in the remaining time of the year it is only salt marsh. Dastkan historical wells is in the East of the Desert, and it was the place that camels of Caravans had been drinking . Maranjab castle is caravanserai on the Silk Route in the desert and the caravan passed this way and vice versa for trip to Khorasan , Isfahan and Rey . The sand desert area is in north of Isfahan Badrod city continue to the large sand dam, the tallest East sand dunes is about 70 meters.

In addition to the dunes that they are the main attractions of the dessert ,being of Karshahy castle and wanderer island in Maranjab,that about the construction of the castle and the inn next to the salt lake , people said , Shah Abbas even with creating numerous castles throughout the country, in this region was not built defense facility, because enemies were not attacked from this side of the capital because of salt Lake and desert expanse. Uzbeks and Afghans attack through Salt Lake from Kashan to Isfahan, it was a reason that Shah Abbas in 1012 prevent the threat immediately make a military base. In top of the Carvansarai is observe in the shape of Bunkers scout and mention that 500 armed guards were always in the castle and were the safe passage of goods from China to Europe and vice versa in the region.

The inn aqueduct that brought a big pond, and that is a very unique phenomenon with fresh water in salt desert. Maranjab inn is in the heart of Desert in geographical position of ‘7V ° 34 ° 51 longitude latitude and ’48 and, at an altitude of 810 meters above from the sea level that is located at the southern edge of Qom Lake. In outside of the castle there is a pond where the water of that supply from the two springs of salt water and fresh water and the springs are ground together at the same time. Being fresh water in the dessert surprising many geologists. Maranjab Aran and Bidgol desert is located in 50 km of North- East of central of this province. 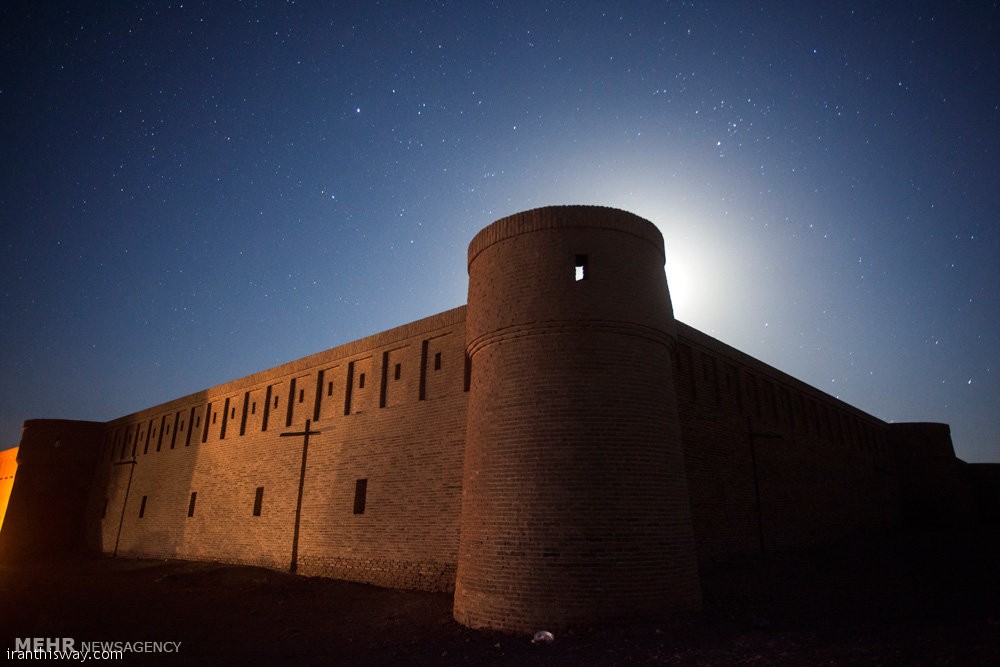 Maranjab Desert: Pathways to the region

First course: The way of Aran and Bidgol city to the army barracks and then Maranjab dirt road that after pass about 45 km distance you will reach to Maranjab

The second path: It is the way of Desert National Park the Rector started and then Mobarkyh (15 c. AD) – Bahram Palace (60th c. AD) – Inn whiting (80th c. AD) – and then Maranjab (50th c. AD). It is worth noting traffic on this road until whiting require a permit from the Environmental Protection Agency Semnan province . 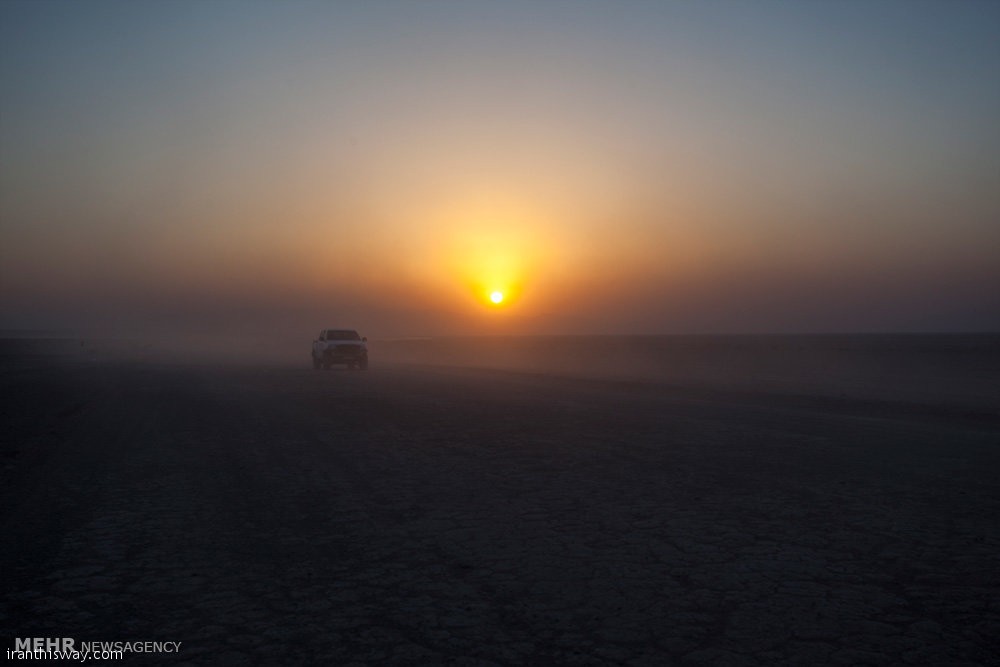 The third path: The wey to the Aran and Bidgol to Abozeyd’abad is then Inn whiting and Maranjab.

December 19 of (1394) Attorney Aran and Bidgol in Isfahan province announced that restraining orders mixed tours to these areas Ryyskl Justice has issued Isfahan and from 23 December to prevent the entry of all tours to this area is mixed. Officials Justice said of the complex of tourism to the ” oppositional religious and revolutionary values”.

Restrictions and travel bans for organizing and solving social problems to Maranjab in a one month period will be canceled. Attorney General and Revolutionary Courts Aran Bidgol (December 1394) with the notification letter to police the city, Ykmahhay deadline for organizing Maranjab and solve the problems in the region has set.

Photo: Kashan is one of the attractive destinations for foreign tourists