On Monday night 15 November 2016, the moon was 30,000km closer to the Earth, offering an impressive spectacle to skygazers. 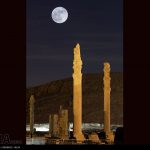 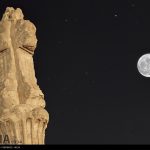 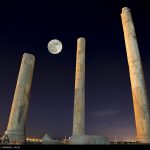 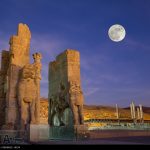 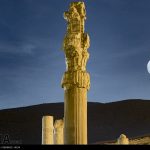 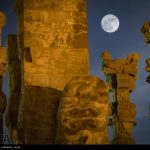 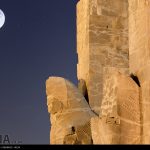 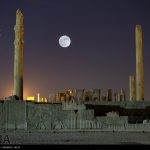 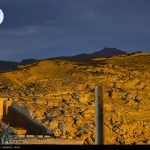 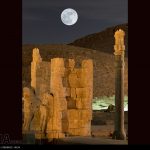 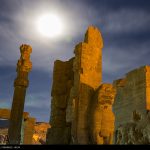 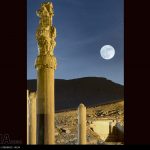 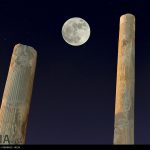 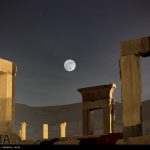 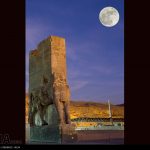 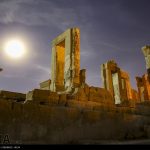 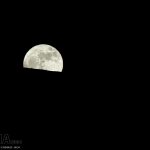 Persepolis (Old Persian: ‘Parseh’, New Persian:Takht-e Jamshid’) was an ancient ceremonial capital of the Persian Empire. The largest and most complex building in Persepolis was the audience hall, or Apadana with 72 columns. Persepolis is situated some 70 km northeast of the modern city of Shiraz in the Fars Province of Iran (Persia).

In contemporary Persian language the site is known as Takht-e Jamshid (Throne of Jamshid) and Parseh. To the ancient Persians, the city was known as Parsa, meaning The City of Persians, Persepolis being the Greek interpretation of the name Περσες (meaning Persian)+ πόλις (meaning city).

The first westerner to visit Persepolis was Antonio de Gouveia from Portugal who wrote about cuneiform inscriptions following his visit in 1602. His first written report on Persia, the “Jornada”, was published in 1606. The first scientific excavation at Persepolis was carried out by Ernst Herzfeld in 1931, commissioned by the Oriental Institute of the University of Chicago. He believed the reason behind the construction of Persepolis was the need for a majestic atmosphere, as a symbol for their empire and to celebrate special events, especially the “Nowruz”, (the Persian New Year held on 21 March). For historical reasons and deep rooted interests it was built on the birthplace of the Achaemenid dynasty, although this was not the centre of their Empire at that time.