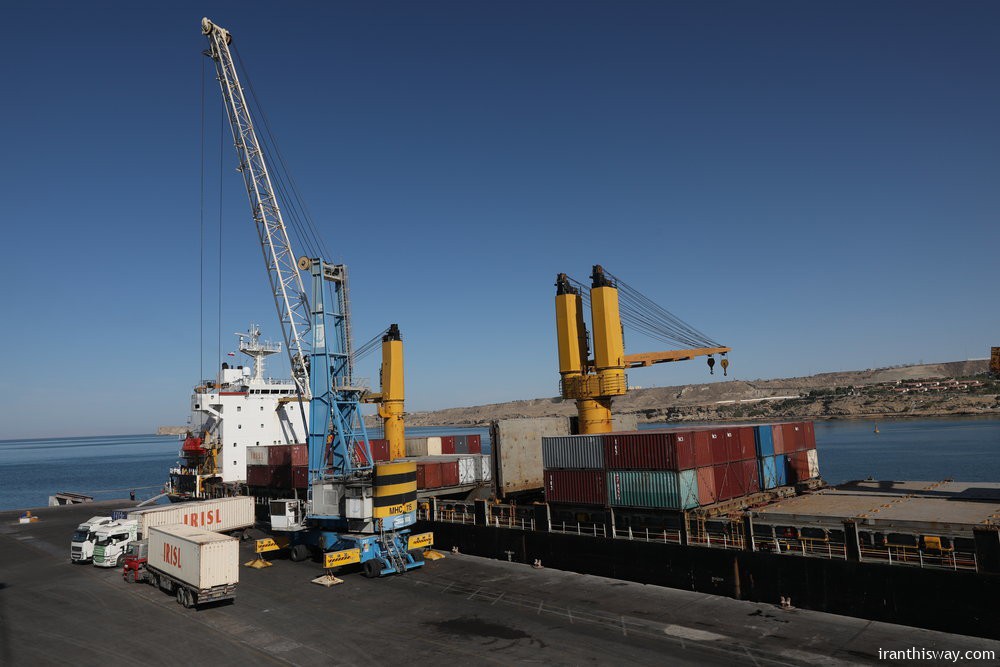 A rice shipment from India has arrived at Iran’s Chabahar Port and soon will be dispatched to landlocked Afghanistan’s market, a senior Afghan official said.

“Around 500 tons of rice which were bought from India have arrived in Chabahar this week. Exports have also started through Chabahar,” Khan Jan Alokozay, the deputy head of Afghanistan Chamber of Commerce and Industries said on Friday.

Noting that this is the first Indian cargo sent to Afghanistan through Chabahar, the official said in line with the plans to boost regional connectivity, Afghanistan is ready to send its second shipment to India via Chabahar.

The country sent its first cargo, containing 570 tons of commodities, via the Iranian strategic port in late February, under the TIR (Transports Internationaux Routiers) Convention that enables shipments to pass through countries without being opened at borders.

According to Alokozay, despite the US’ sanctions against Iran, Afghan and Indian traders have not become reluctant in trading through the port.

Meanwhile, a number of economic analysts said Chabahar port can play a significant role in the expansion of trade between Afghanistan, Iran and India.

The experts said the involved governments should resolve the technical problems exist in the port.

“It is a big transit route and we also want to expand our trade ties with Iran. It is a big income source that connects Afghanistan with Iran and South Asia,” said Esmatullah Ishaqzai, an economic expert.

Chabahar Port, lying along the Sea of Oman, is considered as a gateway to golden opportunities for trade, especially by India, Iran and Afghanistan with Central Asian countries.

In May 2016, India, Iran, and Afghanistan signed an agreement on the establishment of a Transit and Transport Corridor among the three countries using Chabahar port as the regional hub for sea transportation.

Afghanistan is planning to boost is exports revenue to $2 billion this year and according to Afghan officials, a significant share of the country’s exports will be through Iran’s Chabahar Port.

India has committed $500 million to Chabahar Port development as a way to bypass rival Pakistan and crack open a trade and transport route to landlocked Afghanistan, as well as the resource-rich countries of central Asia.

The country is expanding its economic diplomacy in Afghanistan, seeing itself as a regional power so it has framed its involvement in Chabahar’s development as primarily about establishing a gateway to Afghanistan, more than Iran itself, Indian officials and a Western diplomatic source said.