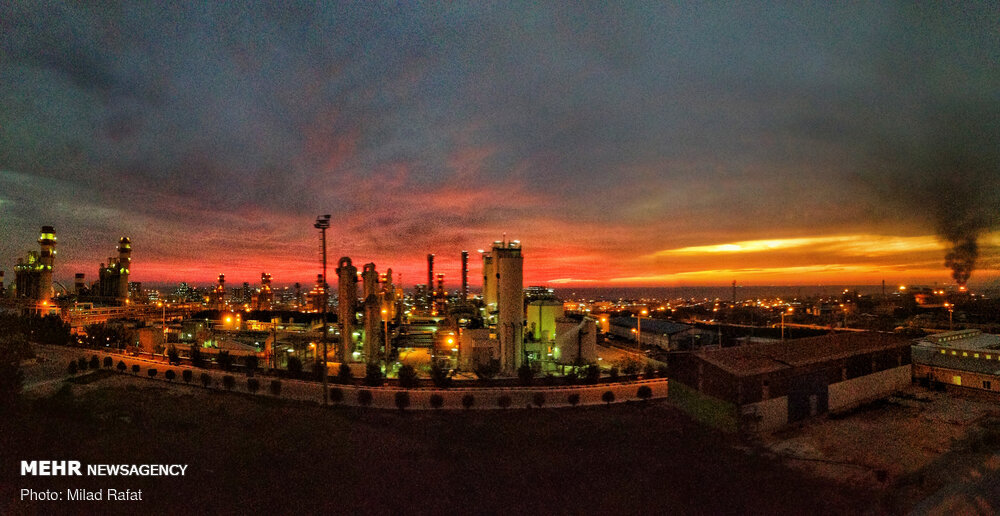 Iran petrochemical industry dates back to 1963. The first petrochemical complex to produce fertilizer kicked off then. The first major petrochemical operation in Iran was the Shiraz Petrochemical Complex. Iran has a diversified petroleum product basket with more than 70 products. The main exports are polyethylene, methanol, benzene, ammonia, sulfur, PVC and propylene.

“Iran’s petrochemical production capacity would cross 100 mt/y by 2021,” Minister Zangeneh said, addressing the opening ceremony of the 13th Iran Plast International Exhibition on 23 September 2019.
He noted that the petrochemical production capacity of the country would reach 130 mt/y by 2025 valued at $37 billion.
“Iran’s ethane production capacity would reach 16 million tons per year by 2021 from 4.2 mt/y back in 2013. The items’ current production capacity is 7.3 mt/y,” Zangeneh added.
The Iranian oil minister noted that 27 projects would come on stream in the country by 2021.
In relevant remarks on Sunday, Head of the National Petrochemical Company of Iran Behzad Mohammadi announced that his country will inaugurate 27 new petrochemical complexes by early 2022.
Mohammadi said that Iran would increase the number of its petrochemical complexes to 83, from the current 56, by early 2022, adding that both production and the feed used for those complexes would significantly diversify in the coming years.
He added that the Iran had extensive plans for expansion of refining and petrochemical activity, adding that government and private investment in the sector would top 70 billion in the next two years.
Mohammadi noted that the size of investment in downstream sections of the oil and gas industry, where petrochemicals are produced and marketed, would reach $93 billion by 2025
He said the proportion of gas to liquefied feed burnt in the refineries would change from the current 77-23 to 86-14 by 2025, mainly thanks to plans for collecting flared gas at oil and gas facilities.
The official said Iran had invested around half a billion dollars in research and development for manufacturing catalysts used in the refining process, adding that 16 groups of high-tech devices needed in the industry were currently produced inside Iran and a group of nine others were expected to be covered by the domestic production by 2022.
Mohammadi estimated that jobs created in Iran’s petrochemical sector, including those on the supply chain, was around one million, adding that around 880,000 people were currently working in 15,000 enterprises active in the industry’s downstream section.
Mohammadi had said that the petrochemical industry of Iran has focused on domestic manufacturers and contractors in implementing its projects.
“The National Petrochemical Company (NPC) is seeking to ensure the maximized involvement of domestic manufacturers and contractors in petrochemical projects,” he said.
He noted that the petrochemical industry has currently received about 33 million tons of feedstock, equivalent to 650,000 barrels of oil per day, which was supplied from oil and gas refineries and NGL units.
“About 56 petrochemical plants of the country yielded 31 million tons of finished products annually, of which 22.5 million tons were exported and 8.5 million tons were consumed domestically,” Mohammadi said.
The total value of petrochemical products from domestic sales and exports has hit $17 billion annually.