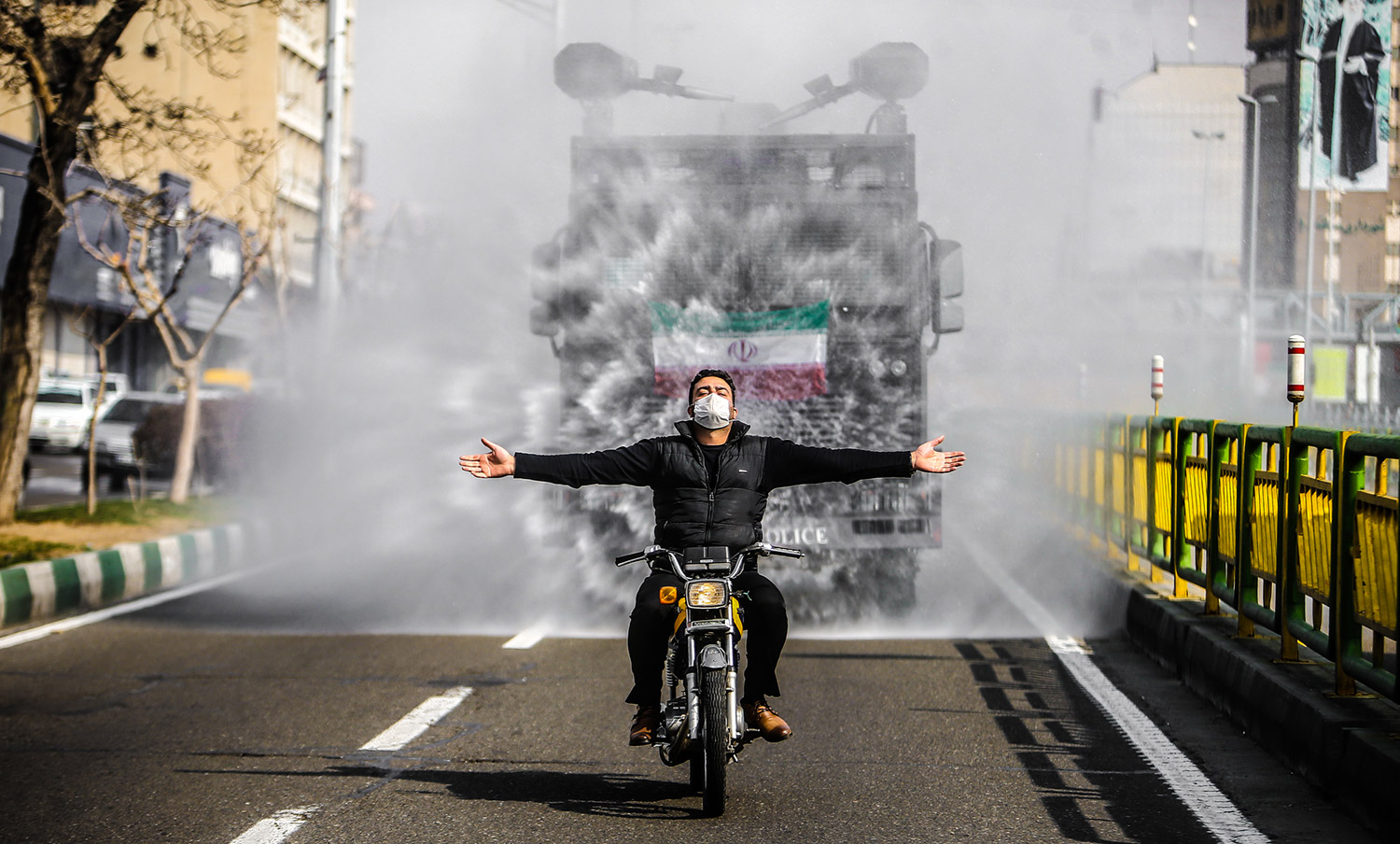 Iran has decided to start clearing streets nationwide to fight coronavirus. The measure will be carried out by the country’s security forces.

In an edict to Major General Baqeri on Thursday, Leader of the Islamic Revolution Ayatollah Seyyed Ali Khamenei emphasized the need for the establishment of a “health and treatment base” to prevent further spread of the ongoing epidemic in the country.

Leader of the Islamic Revolution Ayatollah Seyyed Ali Khamenei has issued an edict to Iran’s top general, emphasizing the need for the establishment of a “health and treatment base” to prevent further spread of an ongoing coronavirus epidemic in the country.

In his Thursday edict, which was addressed to Chairman of the Chiefs of Staff of the Iranian Armed Forces Major General Mohammad Baqeri, Ayatollah Khamenei first commended the services, which have been so far rendered to the people of Iran by the Armed Forces in their drive to hamper further spread of coronavirus.

Kianoush Jahanpour, the head of the public relations and information center of the Iranian Ministry of Health, said Saturday the new coronavirus has claimed 97 lives in the past 24 hours, taking the overall death toll to 611.

Jahanpour added that 1,365 fresh cases have been added to the number of the confirmed infections during the period, bringing the total to 12,729.

More than 4,300 of those with confirmed infections have recovered so far, he added.

The Central Bank of Iran has asked the International Monetary Fund (IMF) for $5 billion emergency funding to fight a coronavirus pandemic as the number of infections keeps growing in the country.

In an Instagram post on Thursday, Abdulnaser Hemmati, governor of the Central Bank, said he had written to the IMF’s head, Kristalina Georgieva, last week to stress Iran’s “right to benefit from the fund’s $50-billion Rapid Financing Instrument (RFI).”

In the letter, the official highlighted the “widespread prevalence” of the virus — called COVID-19 — inside Iran and the need for the country to take measures to prevent further spread, treat the patients and counteract the economic aftermath of the disease.

“Given the size of the Islamic Republic of Iran’s quota in the fund, it calls for the use of the RFI fast financing facility of around $5 billion,” he added.

In a tweet on Thursday, Iran’s Foreign Minister Mohammad Javad Zarif also called on the IMF to extend support to Iran, who is a member state of the Washington-based lender.

Zarif said the IMF managing director “has stated that countries affected by COVID19 will be supported via Rapid Financial Instrument. Our Central Bank requested access to this facility immediately.”


WHO: Iran doing its best in COVID-19 battle despite lack of equipment

Director General of the World Health Organization (WHO) says the Islamic Republic of Iran is doing its best in fight against the novel coronavirus despite a lack of sufficient equipment and facilities mainly caused by the US sanctions.

“We know that Iran is doing its best, all it can … that’s what I appreciated,” Tedros Adhanom Ghebreyesus said at a press conference at the organization’s headquarters in Geneva, Switzerland, on Wednesday.

“They need lots of supplies, and … we have tried to support as much as we can, but there is still a shortage,” he added.

The WHO chief’s remarks came a few hours after the Iranian Foreign Ministry slammed the United States for blocking the entry of foodstuffs and medicine into Iran through its unlawful sanctions.

Asked about the impact of US sanctions on Iran’s fight against the virus, Foreign Ministry spokesman Abbas Mousavi said Wednesday, “The oppressive and illegal American sanctions, which [have been imposed on Iran] within the framework of the ‘maximum pressure’ campaign, have affected public welfare and health in Iran.”

“Although medicine and medical equipment should be exempt from the sanctions…the course of relevant transactions has been blocked,” he told media representatives via video-link on Wednesday. “However, they brazenly claim that medicine and foodstuffs are not subject to the sanctions,” the official added.