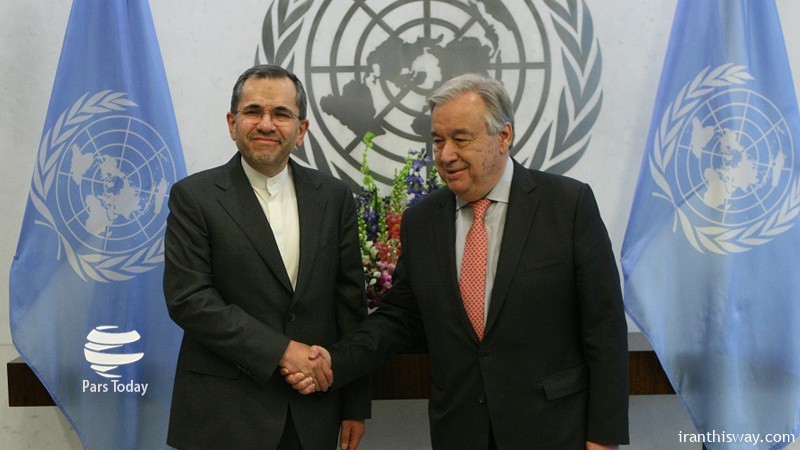 Iran’s Permanent Ambassador to the United Nations Majid Takht Ravanchi on Saturday expressed hope that efforts of the United Nations Secretary-General Antonio Guterres for removal of US sanctions would be effective to save lives in Iran fighting coronavirus.

The Iranian diplomat told Iranian reporters based in the United Nations that Iran is unable to provide medical and emergency supplies and the best use of its medical capacities owing to the illegal sanctions imposed on the country.

It is becoming evident that sanctions policy is a failed policy, he said noting that its supporters are in isolation.

The US administration says that trade on food, medicine, agricultural and medical products is excluded from sanctions; whereas, in practice, cut-off of SWIFT Interbank Telecom link of Central Bank of Iran has made impossible to open up Letters of Credit LCs for medical supplies and respiratory aids.

The outbreak of dangerous coronavirus (COVID-19) has been affecting the world for a number of months requiring collective campaign of the international community to thwart the threat posed to humanity by the pandemic.