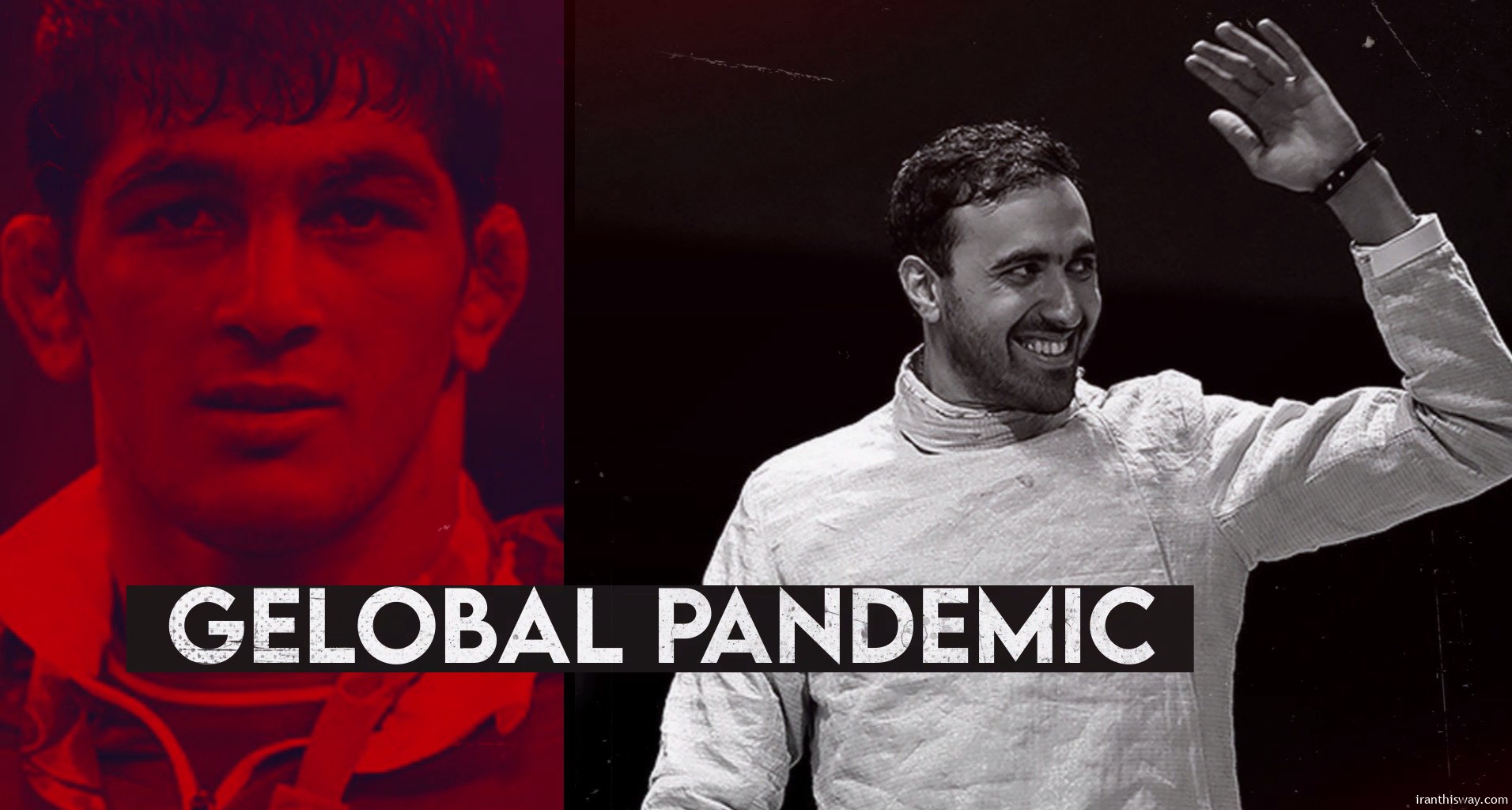 It was only hours before the year 2020 began that China made public the emergence of a highly contagious new respiratory disease – or COVID-19. The world, which prior to the announcement, seemed more than capable of controlling and containing a potential outbreak, has since been crawling on its feet, struggling to adapt to a “new normal.”
In late February, the virus found its way to Iran prompting officials to introduce sweeping measures like the closure of schools, sports clubs, and even mosques and other religious sites across the country. People were also strictly advised to stay home and practice social distancing when outdoors.

It was in late March and as Iran’s sports community was still reeling from the shock of the pandemic, the suspension of all sporting events and the postponement of the olympic games to 2021 when it received another bitter blow; the country’s lone Olympic track and field medalist, Ehsan Hadadi, had tested positive for the coronavirus.

After recovering from the malicious disease Ehsan recounted his experience battling the virus. He said:
“It was really difficult to breathe but I hadn’t lost hope. Fear is your worst enemy while fighting this disease. If you are afraid, you can not overcome this. My high morale was a great help. This disease is no joke. It can infect anyone. So, whoever you are, stay home and take safety guidelines seriously.”
Aside from finicalical implications, the postponement of the Summer Olympics in Tokyo has also had a ripple effect on the morale of the athletes who saw their childhood dreams put on hold and years of training extended. 52 Iranian athletes who have already qualified for 11 events now have to reset their mental preparations.

The 2020 Olympics – now the 2021 Olympics- are the first ever games to be postponed in peace-time. The event that was initially scheduled to start July 24 is now pushed all the way back to the summer of 2021.
This decision came out of a phone call between Japanese Prime Minister Shinzo Abe and International Olympic Committee President Thomas Bach on March 25 to make sure athletes can compete in their best condition and spectators can enjoy safe games.
The National Olympic Academy of Iran had to – naturally- suspend its activities following an order by Iran’s coronavirus control center. But the Academy continued its consultation services for athletes online or over the phone. It also started offering online courses for PE teachers in Olympics Values Education.

For a period of time, Iran was behind China with the highest number of coronavirus cases and deaths. But the country soon recovered from the first wave of the outbreak and assumed the control of the situation despite US economic sanctions that have drastically constrained the ability of the country to finance humanitarian imports, including medicines and medical equipment.

Iranian athletes and champions released a video clip in solidarity with the people of the world which was warmly received by the sports community and was shared on the website of Association of National Olympic Committees.

In recent history, we Iranians have gone through years of war and sanctions. And I am only sure that we will put this new crisis behind us victoriously. So keep your spirits up and never lose hope.