A 2,600-ton platform of the phase 20 of the South Pars oil field with the capacity of refining one billion cubic foot of gas is leaving the Khorramshahr yard, on October 31, 2016, to be carried to the place where it has to be finally launched. 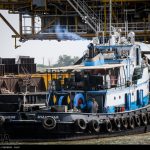 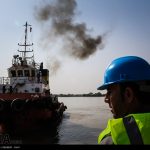 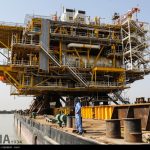 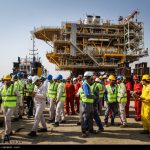 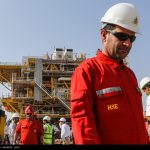 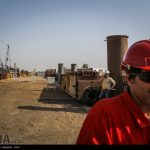 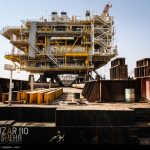 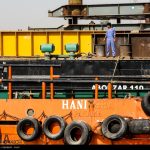 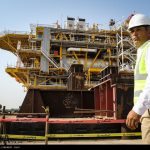 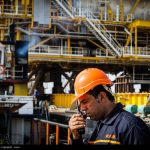 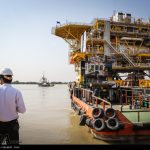 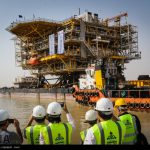 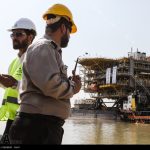 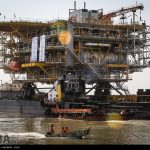 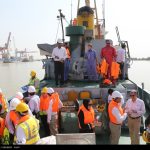 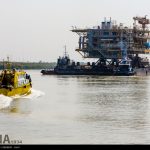 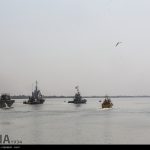 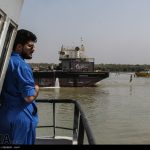 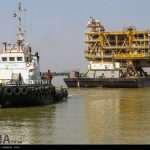 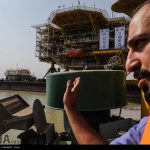 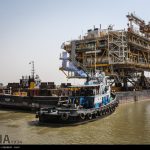 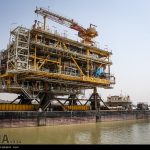 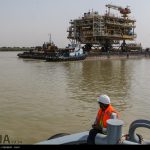 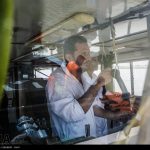 South Pars gas field is one of the largest independent gas reservoirs in the world lying on the territorial border between Iran and the State of Qatar in the Persian Gulf. It is one of the country’s main energy resources.
This gas field covers an area of 9700 square kilometers, of which 3700 square kilometers belongs to Iran. The Iranian portion is estimated to contain some 14 TCM of gas reserves and some 18 bn bl of gas condensates. This amounts to roughly 7.5 % of the world gas reserves and approximately half of the Iran’s gas reserves.

Presently, some precise and sophisticated projects have been designed for development of 24phases to produce 790 million cubic meters of gas per day. South Pars gas field development shall meet the growing demands of natural gas, injection into oil fields, gas and condensate export as feedstock for petrochemical industries.

As a result, Asalouyeh and Tombak ports, some 270 and 220 kilometers south east of Bushehr respectively, have been selected as onshore locations for the construction of onshore installations of the phased development of this field.
With respect to the fact that this area lies on the border of Bushehr and Hormozgan provinces on the central northern rim of the Persian Gulf shoreline and is the nearest point to the South Pars gas field, it is of a special strategic significance which can attract and retain capital investments.

Pars Special Economic Energy Zone (PSEEZ) was, in accordance with the cabinet approval, established in 1998 to accommodate South Pars related refining facilities and various activities in the oil, gas and petrochemical upstream and downstream industries and also to render support services to these industries. PSEEZ is bordered from west by Shirino village, from south by Persian Gulf coastline, from north by Zagross range and from east by Chah Mobarak village.